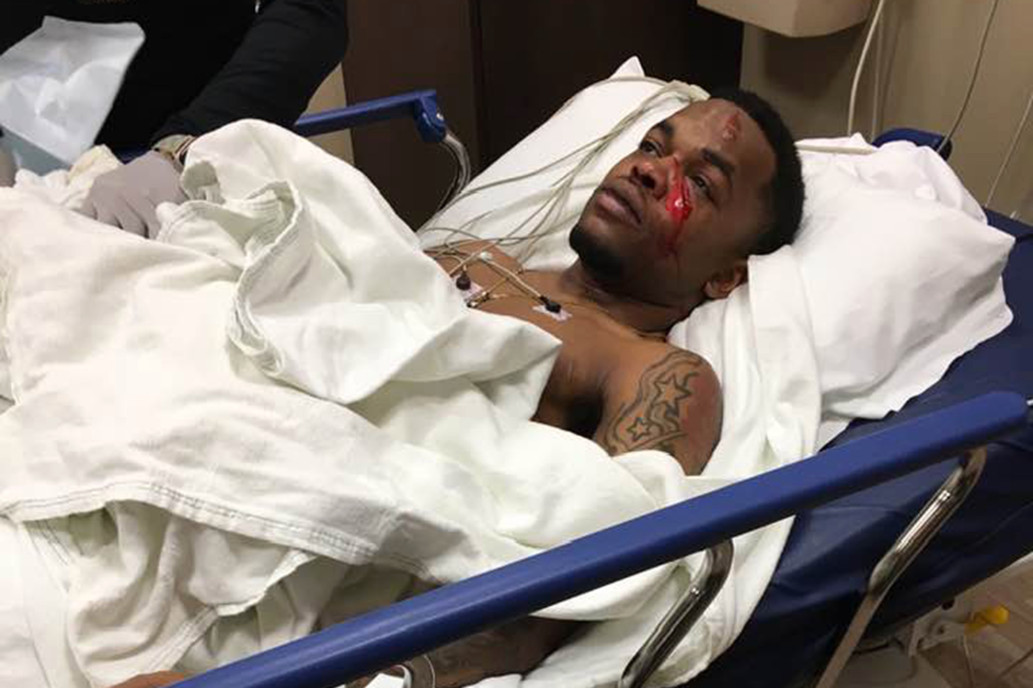 A 22-year-old black man, DarQuan Jones has been beaten mercilessly by three white men in Iowa. It was gathered that the three white men had assumed he was breaking into a nearby home and attacked him.

The Des Moines Register reports that he has now demanded to know why he was attacked and nearly lost his life in a racially motivated assault early Saturday in Des Moines, where he was visiting his girlfriend.

The white men, asked Jones why he was there after he knocked on his girlfriend’s door. He identified himself before they pounced on him, he said.

“When I saw they were stumbling, I already knew something wasn’t going to go right,” he told the newspaper.

Jones fled, but the trio caught up with him in a nearby field and choked and punched him, he said.

“I couldn’t breathe, I just kept blacking out,” Jones said. “I could see my whole life just going in and out, in and out.”

The suspects started dragging Jones to a creek, causing him to think he was going to be killed. He then heard a gun being cocked before two women came outside after hearing him scream, sending the men scurrying as they yelled racial slurs, Jones said.

Jones and witnesses told cops at least one of his attackers said racial slurs during the assault, a Des Moines police spokesman told NBC News.

Investigators were still working to determine a motive, although the “racist nature of at least one of the attackers is obvious,” police spokesman Sgt. Paul Parizek told NBC News.

Kameron Middlebrooks, president of NAACP’s Des Moines chapter, said the men who attacked Jones appeared to be in their 30s.

“If this is as the victim says it is, and the witnesses are reporting it as, it should be investigated as a nothing less than a hate crime,” Middlebrooks told NBC News. “We want to respect the process, but they were using racial slurs throughout the altercation.”