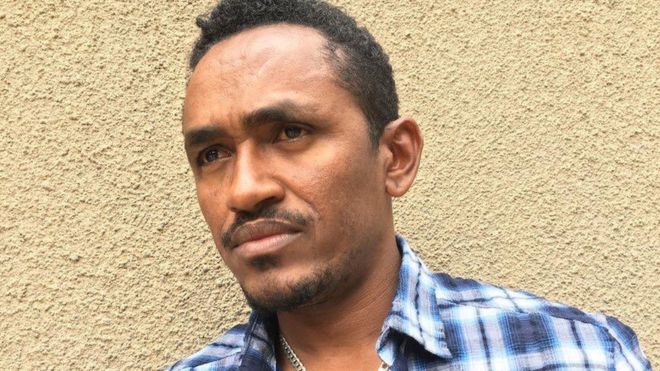 Deadly protests have erupted in the streets of Ethiopia after a popular singer and activist, Hachalu Hundessa was shot dead. At least, seven more persons have died while protesting over his death.

Hachalu was known for his political songs. Police are investigating his death. BBC reported that Hachalu’s songs often focused on the rights of the country’s Oromo ethnic group and became anthems in a wave of protests that led to the downfall of the previous prime minister in 2018.

The 34-year-old was attacked and killed on Monday evening when he was driving. The singer had said that he had received death threats, but it is not clear who was behind his shooting on the outskirts of the capital, Addis Ababa.

Thousands of his fans headed to the hospital in the city where the body of the singer was taken on Monday night.

To them, he was the voice of his generation that protested against decades of government repression.
Hachalu was more than just a singer and entertainer.

He was a symbol for the Oromo people who spoke up about the political and economic marginalisation that they had suffered under consecutive Ethiopian regimes.

In one of his most famous songs, he sang: “Do not wait for help to come from outside, a dream that doesn’t come true. Rise, make your horse ready and fight, you are the one close to the palace.”

The musician had also been imprisoned for five years when he was 17 for taking part in protests.

Many like him fled into exile fearing persecution but he remained in the country and encouraged the youth to struggle.
The protests have brought citizens in collision with police in Addis Ababa, who used tear gas to disperse the crowd outside the hospital and gunshots have been heard in the city where people set fire to tyres.

Nineteen others were injured in nearby Dera town, he added.

Meanwhile, in the eastern town of Chiro, two people were shot dead during protests, a medic at the local hospital told the BBC.

The internet has also been shut down in parts of the country as the protests spread in Oromia regional state.

Hachalu’s body was being taken to his hometown, Ambo, about 100km west of the capital, but protesters tried to stop it and insisted that he should be buried in Addis Ababa.
Prime Minister Abiy Ahmed has expressed his condolences saying in a tweet that Ethiopia “lost a precious life today” and describing the singer as “marvellous”.

The musician’s death and the protests come as political tensions rise following the indefinite postponement of elections due in August, on account of the coronavirus pandemic.