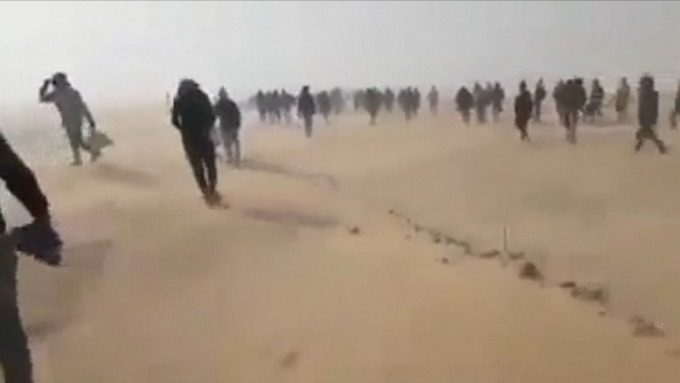 In one of the most shocking reports on the horrific treatments of refugees, the International Organization for Migration has confirmed that thousands of black African migrants are being left to die in blistering desert heat after being deported by the government of Algeria and forcibly dumped in the Sahara

Here in the desert, Algeria has abandoned more than 13,000 blacks in the past 14 months, including pregnant women and unaccompanied children, stranding them without food or water and forcing them to walk, at gunpoint, under temperatures of up to 48 degrees Celsius (118 degrees Fahrenheit). 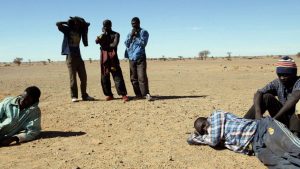 A new investigation by the Associated Press has prompted an avalanche of media reports although the deportations have been going on for long. Amnesty International and Human Rights Watch released reports about them this year and last year but such reports received little media coverage until now.

Algeria allegedly received $111.3 million in aid from Europe between 2014 and 2017 to help tackle migration crisis

At the 10th Extraordinary Summit of the African Union held in Kigali, Rwanda, Algeria, along with Mauritania, Tunisia, Libya, Egypt and a number of other countries refused to sign the protocol on the freedom of movement of people and right of residence attached to the African Union’s African Continental Free Trade Area agreement.

From the AP report: “The migrants’ accounts are confirmed by multiple videos collected by the AP over months, which show hundreds of people stumbling away from lines of trucks and buses, spreading wider and wider through the desert.”

Meanwhile, according to Amnesty International, Algerian authorities engage in racial profiling against black foreign nationals, rounding up and forcibly expelling more than 2,000 black sub-Saharan African migrants from a range of countries over the past three weeks. Those expelled include more than 300 minors, among them at least 25 unaccompanied children.