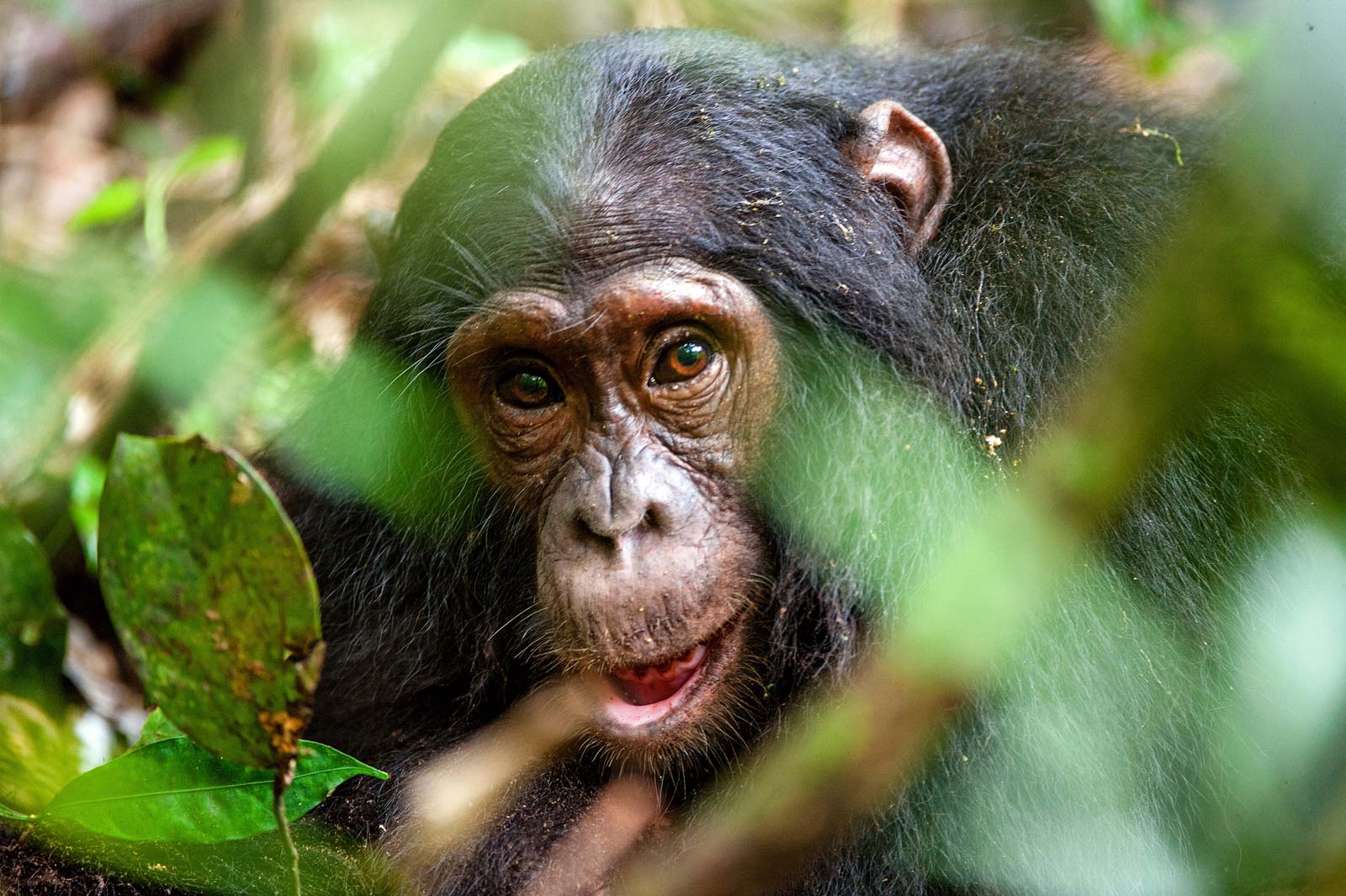 ‘The Legal And Illegal Trade Are Inseparable’: The Drain Of Africa’s Chimpanzees For Foreign Zoos

Chimpanzees are being illegally shipped out of Africa to foreign zoos under the guise of the legal wildlife trade, conservation groups have told The Independent.

Chimps are an endangered species with only around 200,000 left in the wild. Their numbers are projected to decline by 80 per cent by 2050, according to the Jane Goodall Institute, due to habitat loss, diseases and poaching, compounded by their slow reproduction rate.

Illegal trafficking also poses a significant threat. While some 3,000 chimpanzees, gorillas, bonobos and orangutans are killed or snatched from the forest each year, the UN Environment Programme says, wildlife organisations also point to the blurred lines of the legal trade, and the seemingly lax oversight of governments, as having an impact on dwindling numbers.

In May, an investigation by South African conservation groups, Ban Animal Trading (BAT) and EMS Foundation, stated that thousands of endangered animals, including chimps, are being illicitly traded from the country to China.

The report claimed that it was a “myth that the legal trade somehow crowds out the illegal trade, or that because it is legal, the animals involved are somehow treated well”.

It added: “To the contrary, the legal and illegal trade are so intertwined as to be functionally inseparable.

“South Africa’s live wild animal trade with China is riddled with irregularities that are exploited by traffickers. There are gaping loopholes in the global permitting, enforcement and oversight system.”

The Independent’s Stop the Illegal Wildlife Trade campaign, which was launched earlier this year, seeks an international effort to clamp down on poaching and the illegal trade of wild animals.

In August 2019, 18 chimps were exported from the Hartbeespoort Snake and Animal Park, outside of Pretoria, to Beijing Wild Animal Park, on the outskirts of the Chinese capital.

Chimpanzees are not indigenous to South Africa and the conservation groups,  along with wildlife photographer and campaigner Karl Ammann, raised concerns about the trade with the local environment agency and the CITES Secretariat, the UN-affiliated body which oversees international trade in wild animals and plants, and is aimed at ensuring species’ survival.

The chimps live in a “museum-type”, glass-fronted enclosure with concrete trees and no access to the outdoors, according to Mr Ammann, who has visited the Beijing park.

“It’s not a natural setting, there’s no soil, grass or trees,” he told The Independent. “The chimps are set up as entertainment for queues of visitors waiting for vehicles to take them through the safari park.

“One of the males seems on his last legs. I don’t know why you would import animals of that age.”

The trade was issued permits by South African and Chinese authorities under CITES – the Convention on International Trade in Endangered Species.

Pan African Sanctuary Alliance (PASA), which works to save endangered primates and is the largest association of wildlife centers in Africa, also expressed concerns about loopholes.

Kaitlyn Bock, PASA’s Africa operations manager, told The Independent: “PASA members have transported hundreds of primates rescued from the illegal wildlife trade under the Cites provisions, and when it works best, it safeguards the process for all parties.

“However, as this case demonstrates, there are clearly some loopholes that need to be addressed. With chimpanzees endangered in their native range, the loss of 18 animals in this way is truly tragic.”

Due to their endangered status, chimpanzees are awarded the highest-level of protection under CITES – Appendix I – meaning they cannot be taken from the wild or commercially traded.

However, in so-called “exceptional” circumstances, chimps can be traded internationally if they have been bred in captivity, in a facility registered with CITES, and the trade is for “non-commercial” purposes.

In the paperwork for the 18 chimps flown to China last year, they were listed as “C” on the CITES permit – the status for animals which are captive bred.

But the Hartbeespoort park is not a CITES-registered breeding facility for chimpanzees – and nor is any zoo in South Africa, according to the EMS/BAT report.

According to the report: “There is no available evidence to confirm that the chimpanzees at the Hartbeespoort Snake and Animal Park were legally acquired and were not wild-caught and imported illegally into South Africa”.

Director of BAT, Smaragda Louw, told The Independent that trade of the 18 chimps raised a number of red flags.

“South Africa doesn’t have a chimpanzee ‘stud book’ which allow tracing of the chimpanzees’ lineage and the ability to check for inbreeding,” she said.

“There is no documentation on where these chimps originated or if they are related. They could have been smuggled from the wild because there is nothing to show they were [in South Africa] legitimately.”

Additionally, two female chimps exported to China have since given birth.

“China has the incentive to breed more as baby chimps are the most valuable because they can be used for photography sessions,” Mr Ammann said.

A 2018 study found that the average annual value of the international market for live infants and juvenile chimps may be up to $8.8million USD.

The evidence that the chimps were captive bred was a three-line letter from Christa Saayman, of Mystic Monkeys and Feathers Wildlife Park, who acted as the exporting agent.

Ms Saayman denied the claims made in the BAT/EMS report, saying that she was “sick and tired” of people going “ballistic” over the chimpanzee trade.

She told The Independent: “All those chimpanzees were bred in captivity. They were not smuggled. I’ve got nothing to hide.”

Ms Saayman said that the owner of the Hartbeespoort park is in his late eighties and wants to close his zoo, so a new home had to be found for the chimps.

“The facility [in China] is beautiful compared to the one in South Africa. I think they have a better life now,” she said.

Ms Saayman said that she had conducted DNA testing on the chimps which proved that they had not come from the wild.

“There was 18 chimpanzees verified at the airport by Cites officials in South Africa and 18 arrived in China. China issued a permit. You cannot send a Cites-1 animal without a chip number.

“Saying that they were smuggled is f****** stupid. I’m not stupid, I’m running a big zoo. I cannot do illegal stuff or I would lose my zoo license.”

The Independent is unable to verify the DNA testing or additional paperwork related to the chimpanzees.

CITES also considers it “exceptional circumstances” if chimps, and other threatened species, are imported for non-commercial reasons, such as scientific research or education.

The BAT/EMS report found that Beijing Wildlife Park is “part of a profitable, government-owned company, the Beijing Tourism Group”.

“The zoos make money by using the chimpanzees, and that’s commercial,” Ms Louw said. “The whole thing about zoos not being commercial institutions is just wrong and that should be challenged with CITES.”

Beijing Wildlife Park would not confirm where the chimpanzees came from.

“Our animals are kept under normal and humane conditions, and they are given the best possible care,” one staff member told The Independent.

“If you wish to learn more about how we take care of our animals, you can visit us at the park and our staff will be able to give you more details about the animals’ habits.”

The park’s parent company, The Beijing Tourism Group, declined to comment to The Independent.

The BAT/EMS investigation also alleges that the Beijing facility is “not suitably equipped to house and care for the chimpanzees” – a contravention of CITES regulations for an import permit.

“The facility wasn’t finished until about six months after the arrival of the chimpanzees,” Mr Ammann said.

The report also noted that the zoo staff responsible for the chimpanzees appeared to have little experience in caring for the animals.

“[The staff] said they were buying a lot of books to read about chimp behavior. They didn’t know basic animal husbandry,” Mr Ammann said.

“These youngsters had to learn on the job. You shouldn’t have to do that with chimps who are delicate to look after.”

Earlier this year, the conservation groups sent a legal letter to South Africa’s Department of Environment, Forestry and Fisheries (DEFF), providing the information they had gathered and requesting an investigation.

The Independent contacted DEFF regarding the chimp trade. Director of communication, Albi Modise, said: “The Department is still investigating aspects of the report and will communicate the outcome of its investigation report once it is finalised.”

During the investigation, the conservation groups expressed further concern for another group of 12 adult and baby chimps that are believed to be being readied for export to China. In a letter, they pleaded with the government agency to take “a precautionary approach” in issuing permits.

However director of EMS Foundation, Michele Pickover, told The Independent last week that she believes that the South African authorities have no intention of digging too far into how the trades take place.

“They just don’t take this issue seriously. It’s pretty alarming,” she said, adding that there is little information on the status of the 12 chimps.

She added: “They will go to China but we don’t know where because everything is so shrouded in secrecy.”

Separately, Mr Ammann filed a complaint in February through Advocates for Animals, a British law firm, to the CITES Secretariat in Geneva. There has been little progress, according to the photographer.

The Secretariat acknowledged the complaint to The Independent but in an email stated that Mr Amman’s complaint and the BAT/EMS report “found alleged irregularities”. [CITES emphasis].

The report also claimed that along with chimpanzees, cheetahs, tigers, rhinos, giraffes, lions and meerkats have also been taken from the wild and trafficked to circuses, theme parks, laboratories and zoos.

After arriving in China, where laws on captive-animal welfare are “non-existent”, South Africa’s animals often become untraceable or disappeared, suggesting they either died or were sold on, the report says.

It also points out how lax international wildlife trade, captive breeding and farming of wildlife animals creates rife opportunities for zoonotic disease spillover – viruses that can “jump” between animals and humans – like the current coronavirus.

Mr Ammann said that in the midst of bureaucracy to-ing and fro-ing, wildlife is draining out of Africa at an alarming rate.

He said: “China has about 11 safari parks under construction and a hundred new zoos.

“Everyone wants exotic species like apes, lions, tigers and elephants. [China] bends the rules and regulations and no one at the Cites Secretariat in Geneva is willing to stand up to them.

“It’s not ending and South Africa is a major player. South Africa is corrupt as far as the Cites authorities are concerned. These people have all their connections and they bend the rules if they can.”

This editorial was originally published on Independent by Louise Boyle