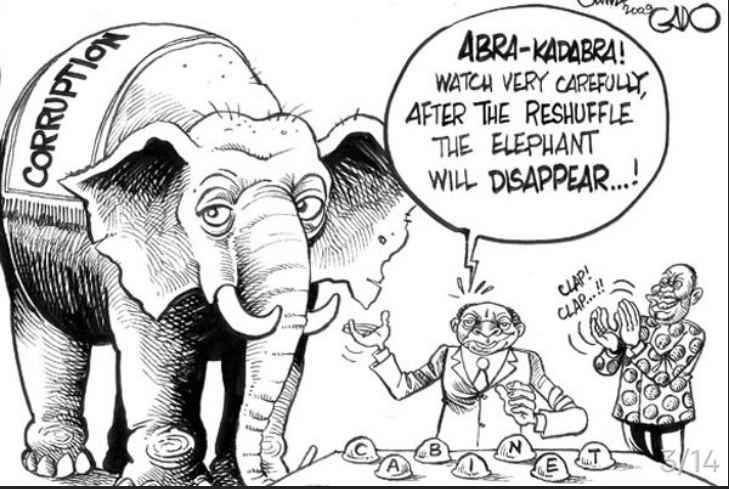 The Dawn Of Intellectual Dwarfs: Rogue Regents Of Africa

The surest cure to societal schism and an abysmal cultural decay have always been a blissful dose of authentic history. According to the famous white Arab writer and traveler Ibn Battuta, in the 13th century AD as he made his global voyage, and this time particularly, into the hinterlands of inner Africa, he observed that of all the peoples he’s met in his worldly travels, the Negroes indeed were the most civil. Respectful in their interaction with nature, and hospitable in their embrace of foreigners.

Sweet as this may sound, it is interesting to note, how over time, the Negro still maintains same noble qualities to nature and guests, but strangely enough, a hideous contrast and utter contempt when dealing with anything and all who mirror’s his image. Over the course of the centuries the Negro being has slowly transmuted from the famous civil soul to a near senile creature notorious in the act of savagely plundering his people’s coffers and making a dubious dash overseas.

Probably, the treasonous trend-setter to this dastardly behavior with his siphoning of his people’s gold to Arab lands Mansa Musa comes to mind! Today, the more daring ones, unable to withstand the cruel weathers of Europe and abide by senseless western laws that protect women and the weak, create fiefdoms amongst their kind, hijacking the police and military as protective arms against ambitious foolish tribesmen who entertain the abominable thoughts of holding him accountable

Since the 1960s, and steadily onward, at every single generational juncture, the staggering roll call of titanic tribal thieves snaking their way into the corridors of power can only be comprehensively understood using extra-terrestrial sign-language! The landscape, a cringing cesspool of intellectual cretins and conscious-cavemen.

The continent now transformed into a gruesome global boxing ring with these defective creatures slugging it out in the World Championships of nation plundering! Infact with infinite stamina and a midget-mind shaped to match; the African mislead-ers not only saturate the special class of the super heavy weight division but outdo each other in the prime pirate-style-stealing subgroup! And the star Wakanda walk of fame? Depending on which part of Africa one rolls out the grass carpet, greedy Goliaths and thieving dinosaurs with brains the size of crushed peas, parade themselves with pride! Their progeny getting simultaneously tutored in the intricate art of caging the destiny of their Negro kinds for export.

As we all know, the boxing gloves would be cheap from China and Neanderthal excuses offered as to why the government house was deceived into signing of millions of dollars for 6 and a half pairs of high quality German-jaw-smashing hand-gear. And as always the department of PR and Image patching would instantly wheel out smug smooth talkers to pacify the famished masses into looking at the…..brighter side of things! At least the gloves were imported and we got 2 dozens more!!

Howling cries from shit stirrers amongst the crowd who clearly need their black behinds dragged into psychiatric homes, were overhead suggesting the gloves be homemade!! Can you imagine having the highly technical, exceedingly intricate and mentally excruciating boxing gloves manufactured at home? God forbid using local skills and materials!? The horror!!!!!

Published in AfricaWatch and Editorial