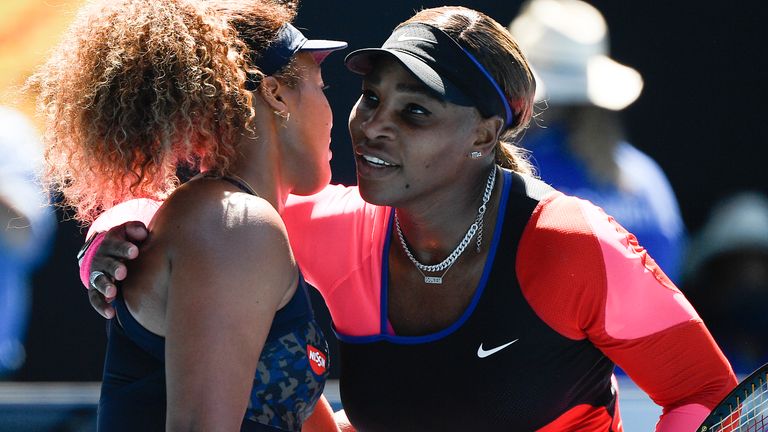 Osaka won the US Open last year flaunting names of African Americans on her nose masks killed by police brutality in the US. She is now on course to make it back-to-back Grand Slam titles as she faces Jennifer Brady in the final.

According to Skysports, it was another setback for Williams as she once again came up short in her 10th attempt to move level with Margaret Court’s haul of major titles.

Osaka has been on a roll. Her last defeat came on February 7, 2020. “I was really nervous and scared in the beginning but I eased my way into it,” she said on court

“It was about having fun and it was the first day having a crowd for a while. It’s an honour to play her and I didn’t want to go out really bad so I just tried my best.

“I was a little kid watching her play so coming up against her on the court for me is a dream.”

Williams gave the crowd inside the Rod Laver Arena a long wave goodbye with her hand on her heart, prompting questions about whether she would be coming back.

In her post-match press conference, the 39-year-old responded: “I don’t know. If I ever say farewell, I wouldn’t tell anyone. So…”

She then made an abrupt and emotional departure from the room after breaking down in tears.

“It was a big error day for me today,” she told reporters.

Asked if it was just a bad day at the office, Williams said: “I don’t know. I’m done,” before leaving the room in tears.