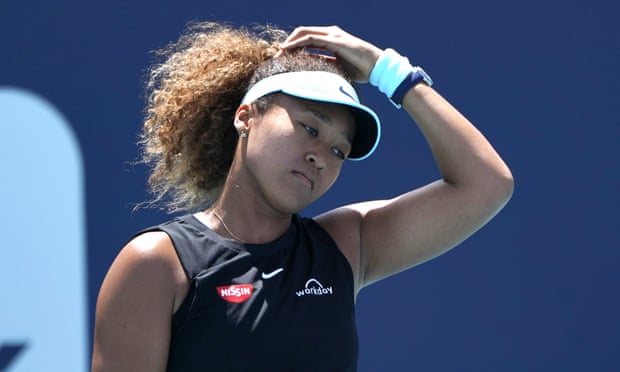 Haitian-Japanese tennis star Naomi Osaka won’t be making her grass Berlin debut as she withdrew from the bett1 open.

The World Number 2 was the centre of controversy last week after she announced she would not be doing press conferences at the Roland Garros.

Osaka cited her mental health for avoiding the press, drawing support and criticism from fellow professionals and fans.

She did an on-court interview in the French Open but declined to do press conferences, which she stated can be depressing.

Osaka was fined $15,000 and threatened to be defaulted from the tournament. After the fine and threats, Osaka pulled out of the French Open and revealed she has been battling depression and anxiety for a few years now.

“I think now the best thing for the tournament, the other players and my well-being is that I withdraw so that everyone can get back to focusing on the tennis going on in Paris,” Osaka said in Paris.

“I never wanted to be a distraction and I accept that my timing was not ideal and my message could have been clearer. “More importantly I would never trivialise mental health or use the term lightly. “The truth is that I have suffered long bouts of depression since the US Open in 2018 and I have had a really hard time coping with that.”

Following her withdrawal, she has earned support from the likes of Lewis Hamilton, Novak Djokovic, Serena Williams, the Japanese Tennis Association, amongst others.

The Berlin event is scheduled to kick off on June 14, the day after the French Open concludes.