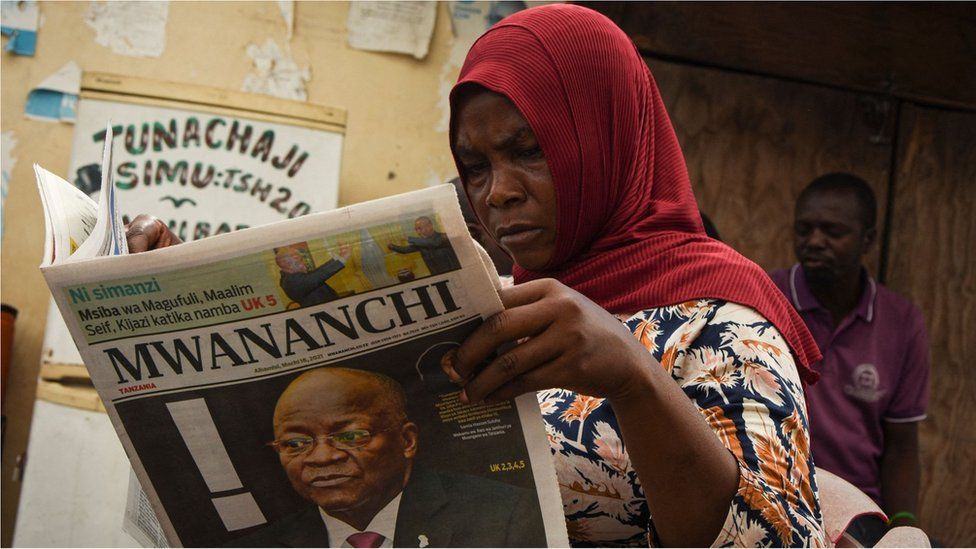 World leaders from Africa to Europe are paying their respects to Tanzania’s President John Magufuli, who passed on from heart complications, the vice-president announced on Wednesday.

“I spoke to Her Excellency, Vice-President Hassan, this morning and conveyed the condolences of the people of South Africa to the government and the people of Tanzania, our sister country, on their loss,” Ramaphosa said.

“As we all know, Tanzania is a country that stood with us during our struggle for freedom and sacrificed a lot, halting and delaying their own development so that we could be free.”

“I have, with great sadness, learnt of the death of His Excellency John Pombe Magufuli. He was a pragmatic leader who believed in and worked for the economic empowerment of East Africans.

“We join Tanzania in mourning the passing of a great son of Africa. May his soul rest in peace.”

“On the continental stage, the late president Magufuli was a champion of pan-Africanism. In the passing on of President Magufuli, I have lost a friend, a colleague, and a visionary ally”, Kenyatta said.

The African Union’s chairperson Moussa Faki Mahamat said on Twitter: “The African Union family is united in grief with the Govt&People of #Tanzania by the untimely passing of H.E. President John Pombe Magufuli.

“Africa has lost a champion of regional cooperation in the East African region and a committed Pan Africanist leader. May he rest in peace.”

British Prime Minister Boris Johnson tweets he ‘is sorry to hear’ about the death of Tanzanian President John Magufuli.

”My thoughts are with his loved ones, and the people of Tanzania”, he said.

“We are saddened by the loss of my brother and friend, President Magufuli. His contribution to his country & to our region will not be forgotten.”

Vice President Samia Suluhu Hassan has succeeded him as president until 2025.