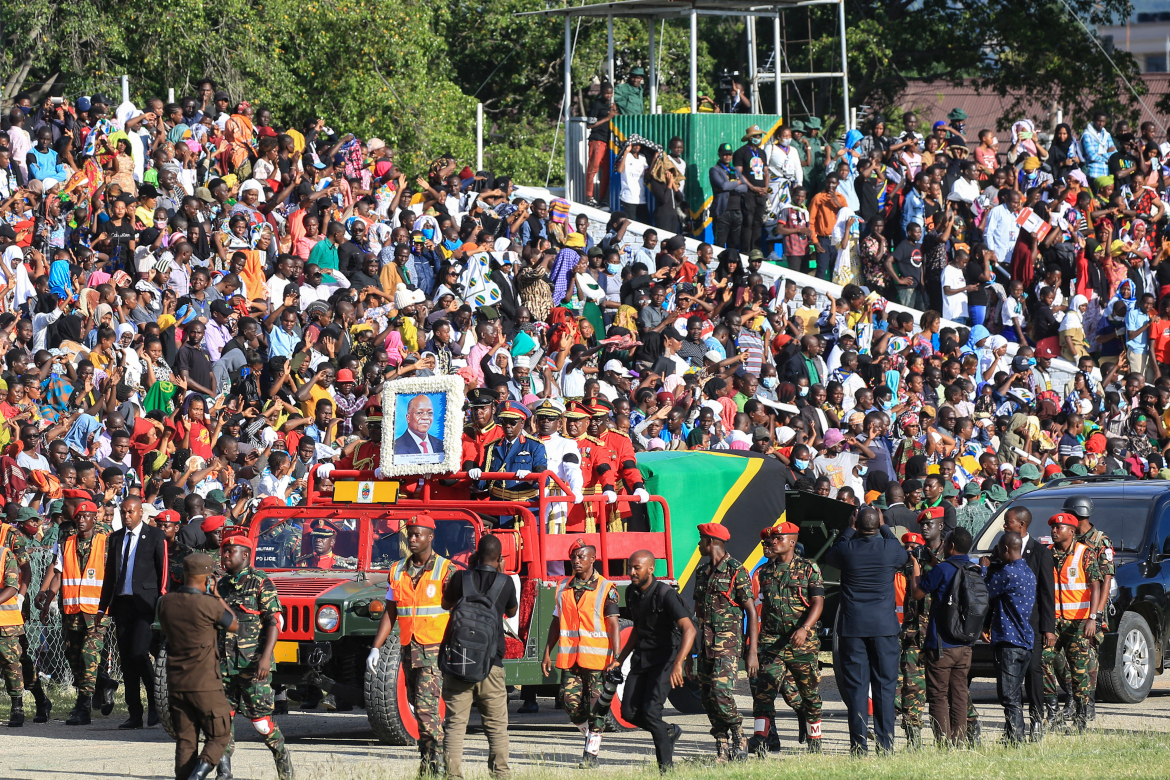 People in various parts of the country have continued to pay their last respects former President Dr John Magufuli, who died in Dar es Salaam on Wednesday, ahead of his burial at Chato in Geita Region this Friday.

After a mass in Dar es Salaam presided over by Dar es Salaam Catholic Archbishop Jude Thaddaeus Ruwa’ichi, a state funeral was held in the national capital – Dodoma – where religious tributes were given on the fallen leader.

Yesterday it was the turn of Zanzibar residents to bid him final farewell, with Mwanza city next in line – on tomorrow.

Plenty of this procedure is innovative, and for good cause, as never before had our country lost a sitting head of state since we attained independence.

Dr Magufuli’s passing has come in the wake of the formation of a Government of National Unity (GNU) in Zanzibar bringing together President Dr Hussein Ali Mwinyi and since-deceased First Vice President Maalim Seif Sharif Hamad, whose place was taken up upon his recent death by Masoud Othman Masoud.

Not surprisingly, there is every indication that Dr Mwinyi has started translating those ideals into action, his speed in turning Zanzibar around reminiscent of Dr Magufuli in various ways.

What is even more pivotal is that, as Union president, Dr Magufuli fought hard to neutralise whatever disaffection existed between the two sides of the Zanzibar political divide.

He did so by working behind the scenes to get a functioning GNU formed and by inviting the two top leaders (from the ruling party and from the opposition) to his Chato residence soon after they were sworn into office.