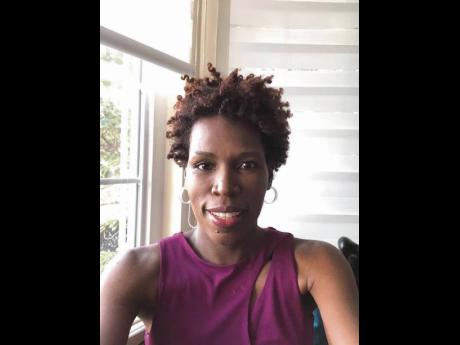 Tanya Taylor, who hails from Free Town in Clarendon and now resides in the United States of America, is on a mission to empower black people to take charge of their finances.

Taylor recently shared with The Gleaner the motivation that has set her on the path to making a difference.

Pointing out that black wealth in America is almost eight times less than white wealth and is expected to fall to zero by 2053, she shared that a lot of it is brought on by the systematic economic disparities which have persisted for centuries.

“These structural and economic issues, coupled with the lack of financial literacy, leave this population vulnerable to bad credit, high debt, no investments or insurance protection and very little, if anything, saved for retirement. I am on a mission to change this,” she shared.

Taylor has set herself an impressive goal – that of transforming the lives of a minimum of one million individuals and small business owners within marginalised populations, with a primary focus on women and black families, by providing them with the tools to become financially savvy so that they can begin to build generational wealth.

Taylor, who is a past student of Glenmuir High School, left her entire family after graduating and migrated to the United States. There, she said, she experienced a culture shock as when she got there, instead of seeing people living a lifestyle of luxury, they were barely getting by. “I was determined that with this golden opportunity, I would do everything to change my life, help my family out of poverty, and change the lives of those around me.”

The moment she landed a job, Taylor said she began saving for college. Even with a weekly salary that was minuscule, she said she made sure that the first thing she did with each paycheque was to pay her weekly ‘partner’ – money she was able to use to pay her way through junior college and graduate debt free.

After graduating from college and with an almost free ride for her four-year college, she lost her job and had to defer school.

“I also lost the biggest portion of the scholarship. To make matters worse, after spending months being unable to find another job, I finally had to take a job as a live-in babysitter working on the Upper West Side of Manhattan. What felt like a cruel sequence of events turned into the exact thing I needed,” she said on reflection.

Living on the Upper West Side of Manhattan, she saw possibilities that she had never seen before. With an inside view of how the wealthy lived, she became even more determined.

“During that time I took a course, and upon completion I landed a job on site at Goldman Sachs, one of the premier investment banks on Wall Street. There I saw another level of access and possibility of how I could really grow wealth. I went back to school full-time, while working full-time and went full force into pursuing my higher goals,” she highlighted.

Taylor said that by the time she was 25 years old, what seemed like a pie-in-the-sky dream for a 16-year-old, undocumented immigrant navigating America, became a reality – she purchased her first home, became part-owner in a small business, and was preparing to start her career as a certified public accountant.

Keeping the dream of wealth building alive, she co-founded an investment club with a few colleagues and began creating her personal wealth road map.

“Wanting to ensure no one was left behind, I also began volunteering and teaching individuals and small businesses all that I had learned about personal finances. Topics ranged from budgeting, repairing credit, buying your first home, investing, tax-savings strategies, and wealth protection. I have continued to do this for the past decade in many different capacities,” she opined.

Taylor shared that she continued to observe the cycle of poverty over the years, which she describes as an endemic in her community. She challenged herself to find a deeper mission to begin creating meaningful change in the lives of families, wherever they are on their financial journey.

That led to her creating ‘Grow Your Wealth’ – a comprehensive programme created to meet the needs of individuals.

“I know this is possible because it was possible for me. By using these strategies that I have learned and refined over the years, I have been able to generate multiple streams of income, and create a foundation which will guarantee that I create wealth for generations to come; and I am confident that I can help others to do the same,” is the promise made by her.