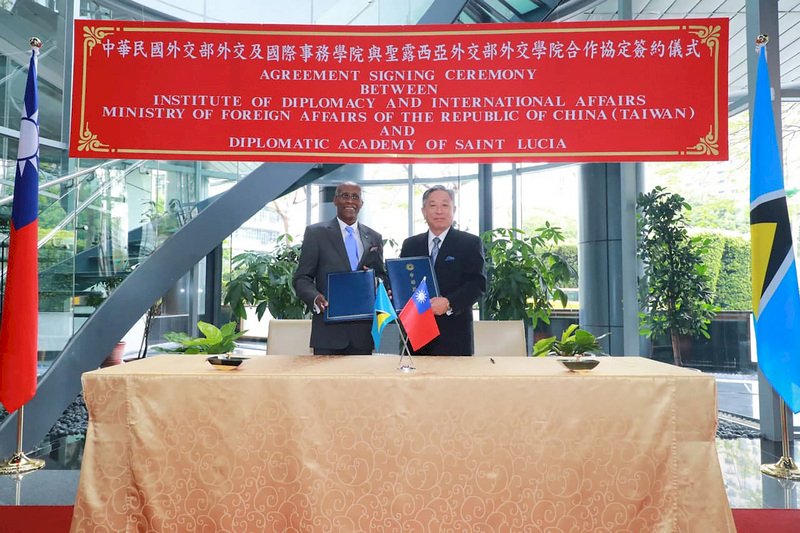 Taiwan’s government institute for diplomat training has agreed to work together with partners in Saint Lucia. The foreign ministry says the Institute of Diplomacy and International Affairs has signed an agreement with the Caribbean nation’s newly-established diplomatic academy. Deputy Foreign Minister Tien Chung-kwang says it is a “milestone” in relations between the two countries.

Tien joined Saint Lucia’s Ambassador to Taiwan Edwin Laurent to sign the agreement on Thursday. Both officials also have roles as the heads of their countries’ diplomatic academies. Laurent says cooperation between the two institutions will boost the professional development of both countries’ diplomatic corps.

Taiwan’s foreign ministry says Saint Lucia has been a key partner in the Caribbean region since the countries resumed diplomatic relations in 2007. It says the new agreement will consolidate bilateral ties.