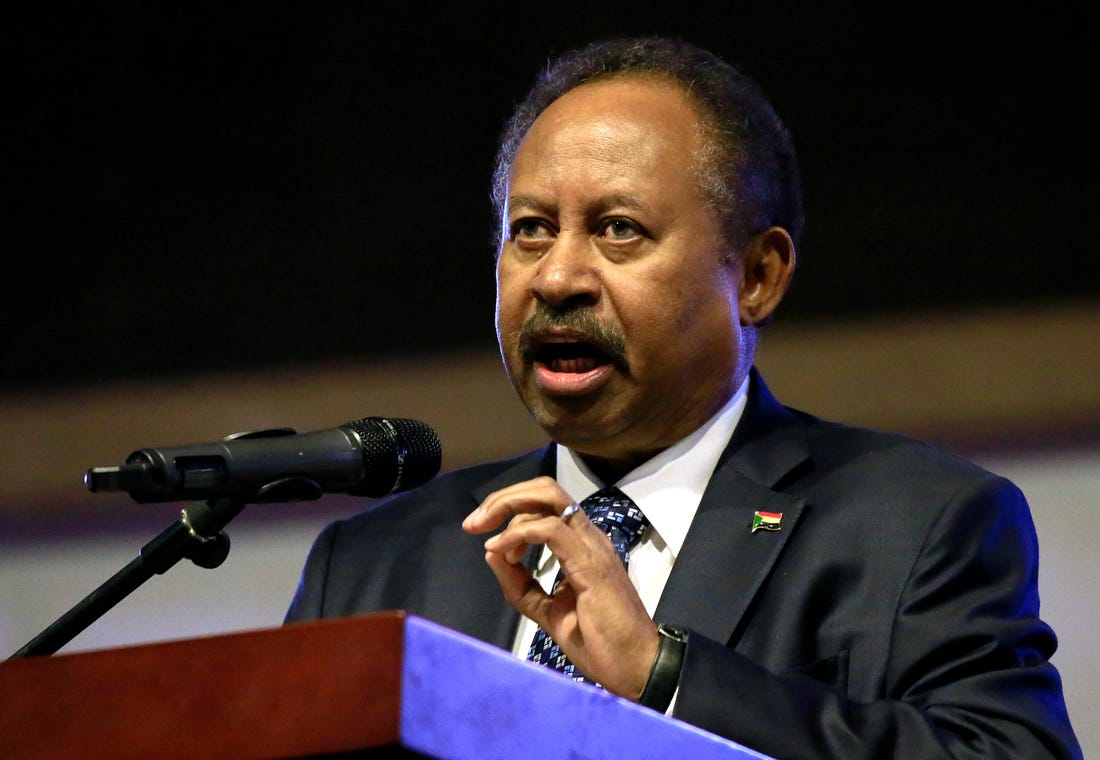 Sudanese Prime Minister Abdalla Hamdok, on Monday, kicked against the country’s military vast business interest at a time of heightened tensions within the civilian-military transitional administration.

Hamdok’s comments on Monday came a day after the United States removed Sudan from its list of state sponsors of “terrorism”, a designation that has, among others, hindered the country’s access to international financial networks, according to Al Jazeera.

“Every army in the world invests in defence companies,” said Hamdok, an economist by training who has served in major international institutions.

“But it is unacceptable for the military and/or security services to do so in productive sectors, and thus compete with the private sector,” continued the 64-year-old, as he took aim at the powerful military’s interests in sectors ranging from mining to agriculture.

According to reports in Sudan, the army and security services control 250 companies in vital areas such as gold, rubber, meat exports, flour and sesame.

They are exempt from paying tax and operate in total opacity, according to the reports, while the country is battling a deepening economic crisis.

Sudan is governed by a military-civilian soverign council that was established in August 2019, months after the military overthrow of longtime ruler Omar al-Bashir in the wake of mass protests against his rule and persistent economic woes.

The council consists of six civilian and five military figures, constituting Sudan’s highest executive authority, and is tasked with leading the country to free and fair multiparty elections in 2022.

Suliman Baldo, the Africa director at the International Centre for Transitional Justice (ICTJ), told Al Jazeera that members of the civilian government had tried to engage in “quiet diplomacy” to persuade the military to relinquish some of its undue privileges but to not avail.

“The lifting of Sudan’s designation as a country supporting terrorism would strengthen the hand of the prime minister and the civilian component in pressuring the military and security establishment to end their financial autonomy and subject their establishment and corporate activities to civilian control,” Baldo added.

The economy is seen as a critical issue as the administration is near-bankrupt, undermining its ability to provide for its vulnerable citizens. The economy is expected to shrink by eight percent this year, inflation is already running at 100 percent, and the exchequer is facing a funding gap of $1.5 billion to $2 billion.

However, the administration is hopeful that with the removal of Sudan from the US list of state-sponsors of terrorism, the country will have access to viable financial networks that would help bolster its fragile economy.