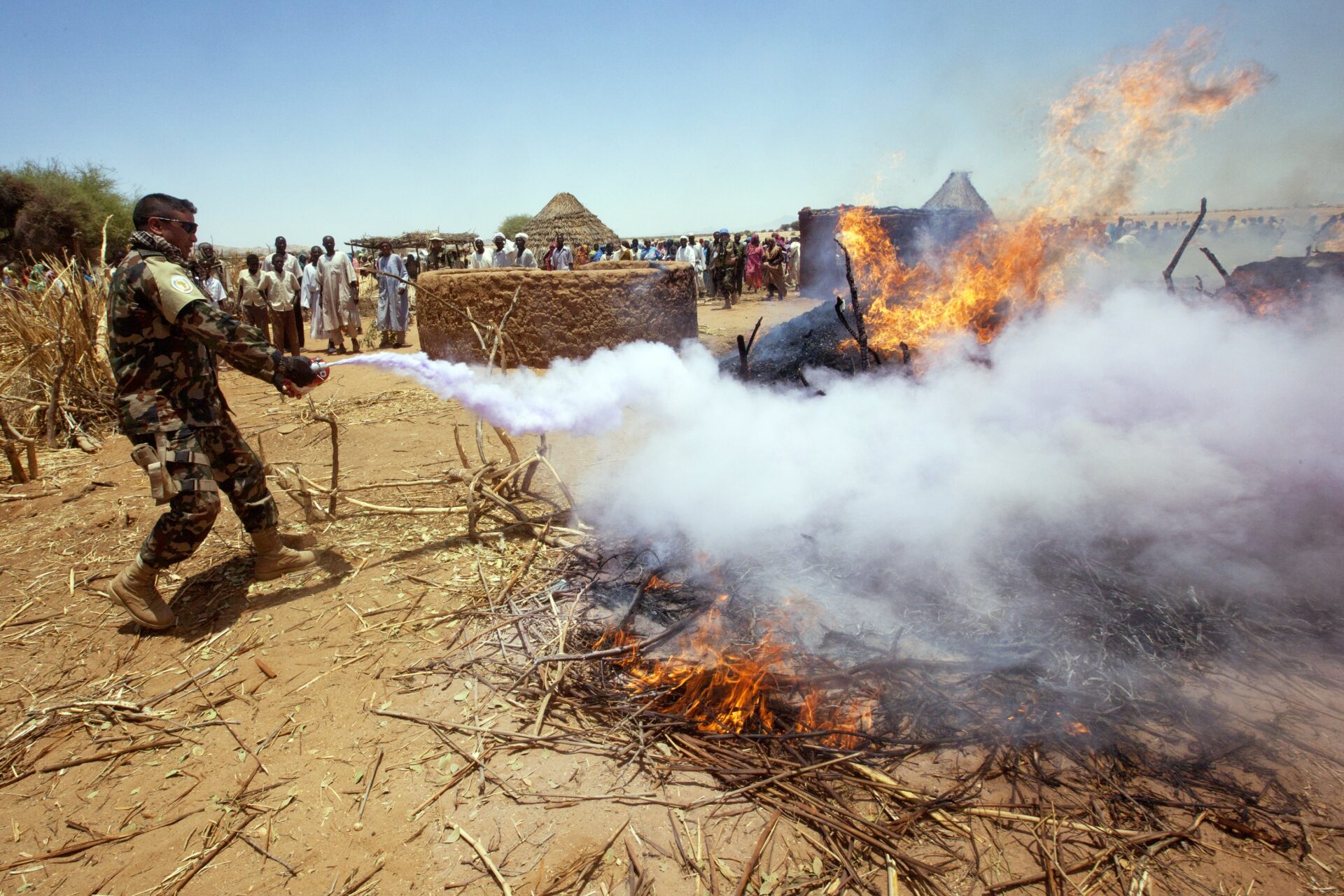 The soaring deadly attacks in the war-torn western Sudan city of Darfur, has stripped over 14, 000 people of medical care, a leading Aid group reported on Thursday.

United Nations peacekeepers scrambled to the scene but said they found the road blocked by obstacles placed in their way, and continued on foot. When they arrived after two and a half hours, it was too late.

Save the Children said it was forced to close two major health facilities and its field office in the village of Masteri in west Darfur. An assault there last Saturday killed 60 Black civilians, including five toddlers, according to the U.N.

“If the centers are not reopened soon, children’s lives will be put at further risk,” said Arshad Malik, the group’s Sudan director.

A staggering 1.1 million children are facing severe hunger in Sudan, more than twice the amount reported last year. “This conflict can only increase the number of children in need,” the director said.

The residents of Masteri village are crying for help. They say they are stranded.

“The farms are burned and hundreds are fleeing to Chad, they are not taking anything with them,” Younes said.

The toppling of Omar Hassan al-Bashir, the despised dictator currently in jail for charges of genocide in Darfur in an international court, was supposed to bring peace to the nation. However, the Janjaweed Arab militiamen are still running riot in Darfur, killing Black naties with reckless abandon and displacing thousands.

The Sudanese military has been accused of gross negligence and even being complicit.

“They stand silent in front of the Arab janjaweed attacks,” said Adam Mohamed, a senior leader of Darfur’s displaced community, in a telephone interview. “They do nothing.”

In response to the massacre in Masteri village in West Darfur state, Sudan’s civilian prime minister, Abdalla Hamdok, promised to send the police and army reinforcements “to protect citizens and the farming season.”

According to a report by Human Rights Watch, the Darfur conflict has historical roots but escalated in February 2003, when two rebel groups, the Sudan Liberation Army/Movement (SLA/M) and the Justice and Equality Movement (JEM) drawn from members of the Fur, Masalit, and Zaghawa ethnic groups, demanded an end to chronic economic marginalization and sought power-sharing within the Arab-ruled Sudanese state. They also sought government action to end the abuses of their rivals, Arab pastoralists who were driven onto African farmlands by drought and desertification-and who had a nomadic tradition of armed militias.

The government Omar al-Bashir responded to this armed and political threat by targeting the civilian populations from which the rebels were drawn. It brazenly engaged in ethnic manipulation by organizing a military and political partnership with some Arab nomads comprising the Janjaweed; armed, trained, and organized them; and provided effective impunity for all crimes committed.

Till this day, the Arab armed militiamen are still carrying out ‘ethnic cleansing’ on the African tribes in Sudan.