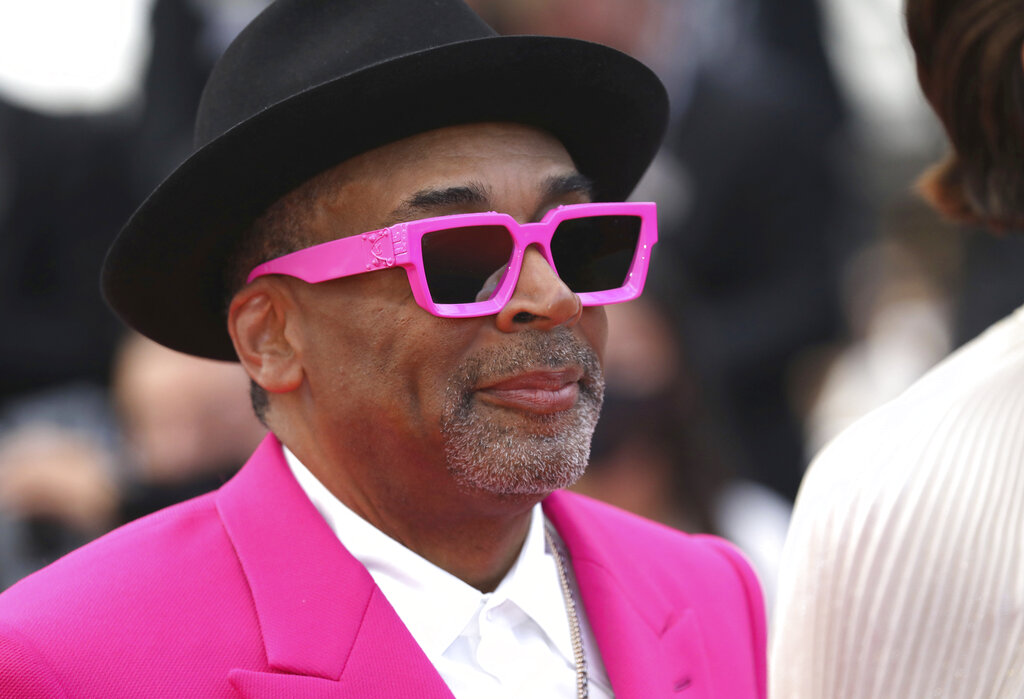 The Cannes Film Festival rolled out the red carpet for the first time in more than two years on Tuesday, launching the French Riviera spectacular with the premiere of Leos Carax’s “Annette,” the introduction of Spike Lee’s jury, and with high hopes for shrugging off a punishing pandemic year for cinema.

The 74th Cannes opened Tuesday with as much glitz as it could summon, led by “Annette,” a fantastical musical starring Adam Driver and Marion Cotillard and scored by the musical duo Sparks. The opening ceremony also returned last year’s Palme d’Or winner, Bong Joon Ho (for “Parasite”) and Jodie Foster, who first came to Cannes as a 13-year-old with Martin Scorsese’s “Taxi Driver,” for an honorary Palme.

The occasion drew a wide spectrum of film luminaries back to Cannes to celebrate the festival, canceled last year due to the COVID-19 virus. Pedro Almodovar, Jessica Chastain, Helen Mirren and Bella Hadid walked the red carpet, which was again lined with tuxedoed photographers and surrounded by eager onlookers.

“So it feels good to go out,” said Foster in French.

The festival was officially declared open by Bong, Almodovar, Foster and Lee, in a mix of Korean, Spanish, French and English. Over the next 10 days, the Cannes Film Festival will try to resuscitate global cinema on a grand scale.

Cannes has pushed ahead in much its usual form, with splashy red-carpet displays and a lineup of many of the world’s most revered filmmakers, including Asghar Farhadi, Wes Anderson, Mia Hansen-Love and Paul Verhoeven. Festivalgoers are tested every 48 hours, seated shoulder to shoulder and masked for screenings.

Lee, who is heading the jury that will decide this year’s Palme, arrived earlier in the day wearing a “1619” baseball hat and trying to keep a low profile. “I’m not trying to be a hog,” he said to reporters, urging them to ask his fellow jurors questions.

But Lee’s presence was hard to ignore. His face as Mars Blackmon from his 1986 feature film debut “She’s Gotta Have It” (which premiered at Cannes) adorns this year’s poster at the festival central hub, the Palais des Festivals.

Lee is the first Black person to ever lead Cannes’ prestigious jury. In his first comments, in response to a question from Chaz Ebert, widow of Roger Ebert, Lee spoke about how little has changed since 1989’s “Do the Right Thing” — which made a controversial debut at Cannes.

“When you see brother Eric Garner, when you see king George Floyd murdered, lynched, I think of Ray (Radio) Raheem,” Lee said, referring to the “Do the Right Thing” character. After 30-plus years, you’d “think and hope,” Lee said, “that Black people would have stopped being hunted down like animals.”

Much of the talk on Tuesday at Cannes centered on injustice and survival. That the festival was even happening, after last year’s edition was canceled, was a surprise to some. Maggie Gyllenhaal, who’ll see the 24 films in competition for the Palme as a member of the jury over the next 12 days, said it will be her first time in a movie theater in 15 months. When “Parasite” actor Song Kang Ho was invited to be a juror, he said, “I thought: Will there really be a festival?”

Still, much of the usual pomp is toned down this year. There’s a relative dearth of promotion up and down Cannes’ oceanfront promenade, the Croisette, and Hollywood has less of a role than in years past. Brazilian director Kleber Mendonça Filho (“Bacurau”), a juror, added that in some parts of the world, cinema is under siege. In President Jair Bolsonaro’s Brazil, he said, the national cinematheque has been closed and its staff dismantled.

“This is a very clear demonstration of contempt for cinema and for culture,” said Filho, who noted the tragedy of Brazil reaching 500,000 dead from COVID-19 when, he said, many thousands could have been saved by a stronger governmental response.

That conversation was prompted in part by a Georgian journalist who asked jury members about resistance. Russia invaded the former Soviet republic in 2008.

In that context, the regular topics of concern at Cannes were perhaps dwarfed. But the jurors made passionate cases for the future of movies — and a more inclusive future. This year’s competition lineup includes a Cannes-high four female filmmakers, but they still make up a fraction of the 24 filmmakers vying for the Palme.

“I think when women are listening to themselves and really expressing themselves, even inside, about a very, very male culture, we make movies differently. We tell stories differently,” said Gyllenhaal. She recalled watching Jane Campion’s “The Piano” (the lone film directed by a woman to ever win the Palme) as formative and unfiltered. “It just went in straight.”

The rise of streaming also took the spotlight. Cannes has refused to select films without French theatrical distribution for its competition lineup. The festival and Netflix have been at odds for several years. On Monday, Thierry Fremaux, festival director, cited Cannes’ record at discovering filmmakers and asked: “What directors have been discovered by (streaming) platforms?”

Lee, who made last year’s “Da 5 Bloods” for Netflix, hardly bated an eye when asked about the subject.

“At one time, there was a thinking that TV was going to kill cinema. So, this stuff is not new.”