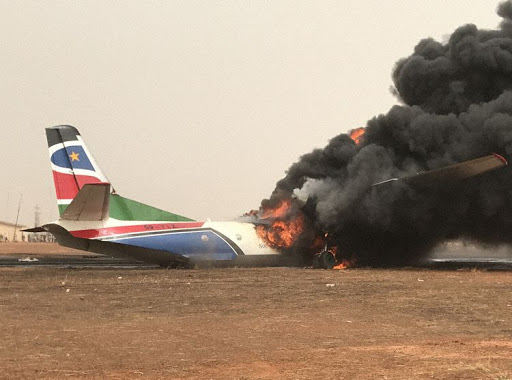 A South Sudanese Supreme Airlines flight HK-4274 has crashed, leaving at least 10 people dead. The aircraft crashed after taking off from Jonglei State’s Peiri airstrip in Uror County at 5pm on Tuesday, March 2, 2021.

Eyewitness report says the aircraft was leaving Peiri for Juba but it crashed immediately after taking off.

In a letter addressed to media, the governor of Jonglei State, Mr. Denay Chagor, confirmed that there were no survivors, as all 8 passengers and two pilots died.

“Our prayers are with their families and loved ones. On my own behalf and on behalf of the people of Jonglei state and the nation, I share this condolence message with the affected families and friends in these hours of grief,” Chagor said in a letter he released to media shortly after the incident.

“It was with great shock and horror to receive the news of the plane crash of South Supreme Airlines that happened today, the 2nd day of March 2021 at around 5 p.m. at Pieri Airstrip,” he added.

President Salva Kiir Mayardit says he is directing the ministry of transport and the civil aviation authority to “suspend” the carrier’s operations.

“This measure is necessary for these institutions to ascertain airworthiness of the remaining South Supreme [aircraft],” he says.

“It is also a necessary step to restoring public confidence in air travel in the country.”