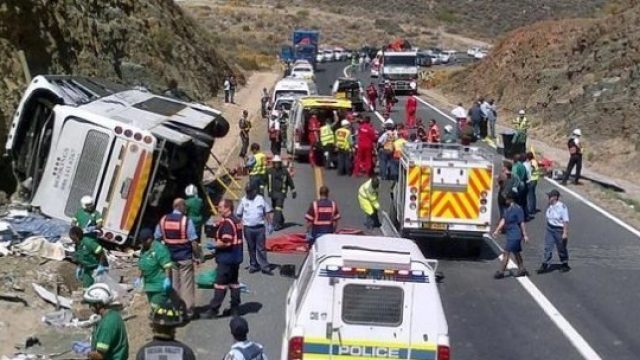 “According to the preliminary figures, 189 crashes were recorded, resulting in 235 fatalities nationwide,” the minister said.

The minister said that 35% of those killed on the country’s roads over Easter were pedestrians.

2020 figures were not considered, as South Africa had imposed a strict lockdown at the time which restricted travel. Kwa-Zulu Natal recorded the highest number of fatalities, with 54 lives lost from 42 crashes. Gauteng came second with 30 crashes and 36 deaths.

The northern state of Limpopo recorded 27 crashes and 34 fatalities.

Drunk driving, walking while drunk, crossing in freeways and jaywalking played a role in the killing of pedestrians, according to reports.