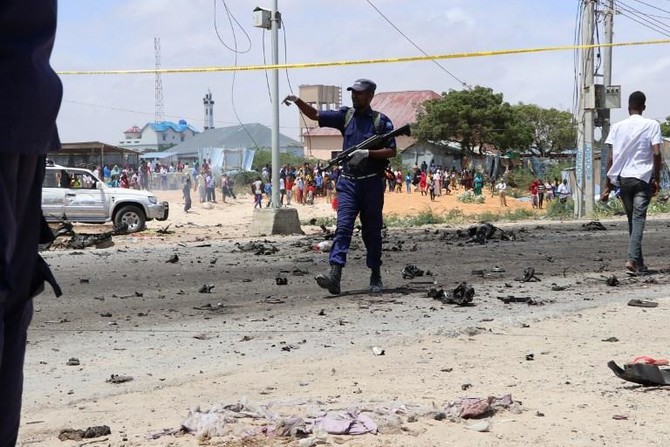 At least seven people have been declared dead and over 11 others wounded in a vehicle explosion outside a police headquarters in Somalia’s capital, police and health officials said Wednesday.

A police spokesman, Col. Abdiqani Mohamed Qalaf, said the suicide bomber tried to drive into the headquarters near the ex-control Afgoye road but was thwarted.

“He could have killed more people if not stopped,” Qalaf said. He said two soldiers and three passers-by were among the dead.

Dr. Hashim Suldan at Medina hospital told The Associated Press they had received 13 wounded people and two of them died on arrival.

Others had serious wounds from shrapnel.

Al-Shabab often targets high-profile areas of Mogadishu, and observers had warned that the al-Qaida-linked group might take advantage of Somalia’s current political tensions to strike again.

Somalia’s president, Mohamed Abdullahi Mohamed (aka Farmajo), bowed to growing pressure overnight and announced that he would prepare the country for elections that have been delayed since February.

Anger over his stay in power led to clashes between rival soldiers this week, as the United Nations reported that tens of thousands fled their homes due to the conflict.

Somalia has not held a direct one-person-one-vote election in decades.

Observers have noted that the political standoff could threaten the country’s rebuilding process as it hopes to recover from some 30 years of conflict.