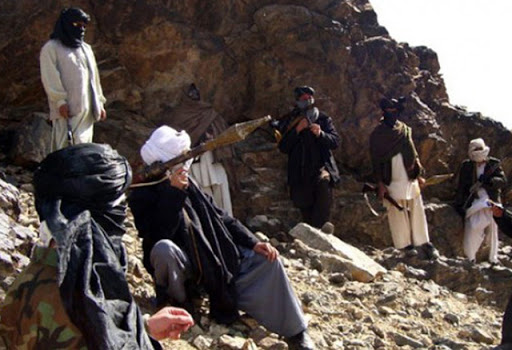 An international agency that monitors terrorism funding kept North Korea and Iran as the only two countries on its black list but added four new places to its watch list for increased monitoring, the organization’s president said Thursday.

The Financial Action Task Force, or FATF, added Morocco, Burkina Faso, Senegal and the Cayman Islands to the watch list during a plenary session this week, and kept Pakistan on the list despite the country’s progress, agency president Marcus Pleyer said.

With the four additions, the so-called gray list currently has 19 countries and territories that FATF said are only partially fulfilling international rules for fighting terrorism financing and money laundering.

FATF is made up of 37 member countries and two regional groups, the Gulf Cooperation Council and the EU Commission.

Pakistan has made “significant progress in its effort to improve its anti-money laundering and counter-terrorism financing framework,” Pleyer said during a news conference. “However, some serious deficiencies remain,” all in areas related to terrorist financing, he said.

Of the 27 items on the action plan Pakistan signed onto after landing on the gray list in 2018, three “still need to be fully addressed,” the FATF chief said.

“I strongly urge completion of the action plan,” Pleyer said, noting that deadlines to implement it have expired. Pakistan’s status will be reviewed again at an extraordinary plenary session in June, he said. Members would decide the next steps if requirements are not met.

Pakistan has worked hard to raise its international profile and reinvent itself as a promoter of peace, making it a focus of attention each time its status comes up for review.

A Pakistani-based independent think tank, Tabadlab, this week estimated the cost to Pakistan’s economy of the FATF gray listing at a staggering $38 billion.

A report prepared by economist Naafey Sardar, senior research associate professor at Texas A&M University in San Antonio, said there was a cumulative effect on Pakistan’s real gross domestic product because of the gray listing, which caused a sharp reduction in consumption, exports and foreign direct investment. “These results point to the significant negative consequences associated with FATF grey-listing,” Sardar’s report said.

Among additions to the grey list, Morocco, among other things, must strengthen its financial intelligence unit, “one of the core authorities in the fight against money laundering,” the FATF president said.

North Korea and Iran remain the only two countries on the black list, the high risk list, although their status was not reviewed during the latest session. The black list designation means international financial transactions with those countries are closely scrutinized, making it costly and cumbersome to do business with them. International creditors can also place restrictions on lending to black-listed countries.

North Korea’s financing of weapons of mass destruction is a top concern. Iran has made “some progress” since committing to an action plan in 2016, the FATF chief said, but still has serious lapses like failure to sign two international conventions against terror financing.

The FATF said that the COVID-19 pandemic has not stopped criminals from exploiting it for their financial gain.