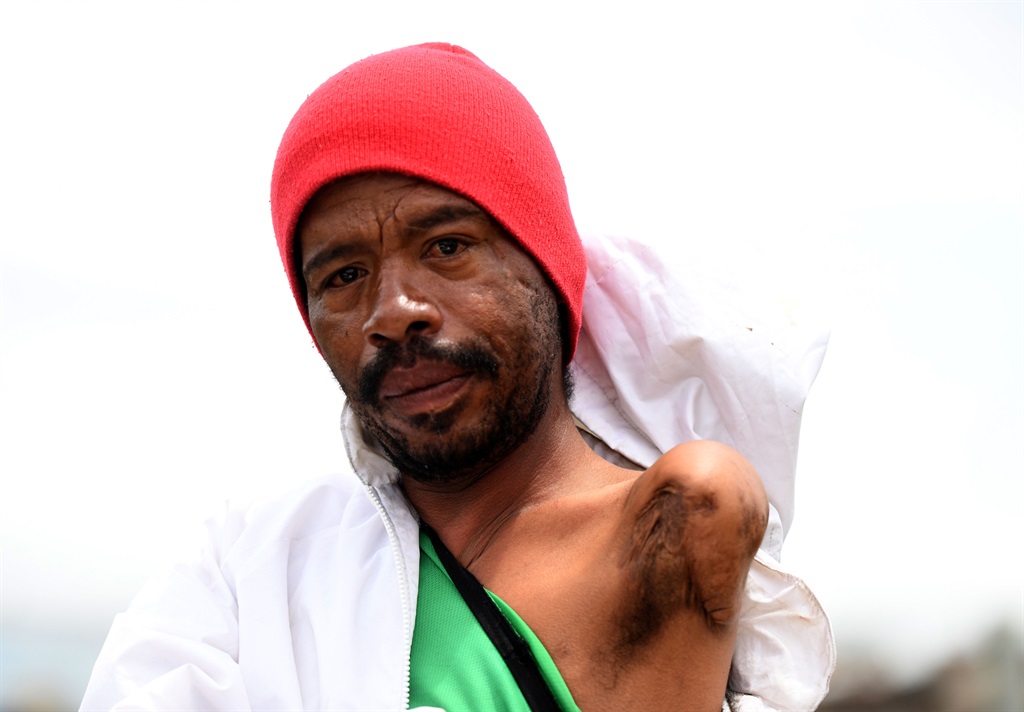 SA: White Owner Of Dogs That Ripped Off A Black Man’s Arm Fails To Escape Blame In Appeal Court!

After Christiaan van Meyeren’s three dogs savagely bit and ripped a Black man Gerald Cloete, causing the amputation of his arms, he went defensive and would not accept the 2.3 million fine slapped on him by a Port Elizabeth high court, hence, he took the matter to the Appeal Court.

But the Appeal Court has also ruled against the white man and demanded he pays up the stipulated fine to the victim of the brutal dog bite.

According to reports, Cloete, a casual labourer, was attacked on a Sunday afternoon in February 2017 in the Port Elizabeth suburb of Rowallan Park when Van Meyeren’s pit bull-type dogs — Mischka and her two fully-grown offspring, Zeus and Coco — escaped from his property.

Reports by South African dailies say the high court judge Murray Lowe, in his judgement in 2018, described Cloete as a convincing witness who had been walking in the street innocently after finishing his day’s work.

He found that as Cloete walked past Van Meyeren’s home, he had heard dogs running behind him just before he was attacked and pulled to the ground.

“He had done nothing whatsoever to cause or provoke the attack,” the judge said.

“The attack was brutal despite his initial attempts to ward this off and he was very seriously bitten, in fact ultimately having his left arm amputated at the shoulder in a subsequent surgical intervention.

“[Cloete] was saved from worse injury, or perhaps death, by the extremely courageous conduct of a passer-by, Jacques van Schalkwyk, 44, who, without regard for his own safety, fought the dogs off Cloete and then kept them away from him, he ultimately also being attacked by the same dogs — for which he is to be highly commended,” Lowe said.

In a ruling on Friday, five judges dismissed his appeal, paving the way for a further high court hearing to settle the amount Van Meyeren must pay Cloete.

Judge Malcolm Wallis said Van Meyeren’s argument boiled down to “nothing more than a claim that Mr Cloete’s injuries were not his fault”, and for that reason it was bound to fail.

“For nearly 200 years in SA, owners of animals have been held strictly liable for harm done by domesticated animals,” he said.

“Many people choose to own animals for companionship and protection. That is their choice, but responsibilities follow in its wake.

“Animals can cause harm to people and property in various ways. When they do so and the victim of their actions is innocent of fault for the harm they have caused, the interests of justice require that … it is the owner who should be held liable for that harm.

“People are entitled to walk our streets without having to fear being attacked by dogs and, where such attacks occur, they should in most circumstances be able to look to the owner of the dog for recompense.”

Cloete’s attorney said he was suffering psychologically and nothing would ever be the same again for him.