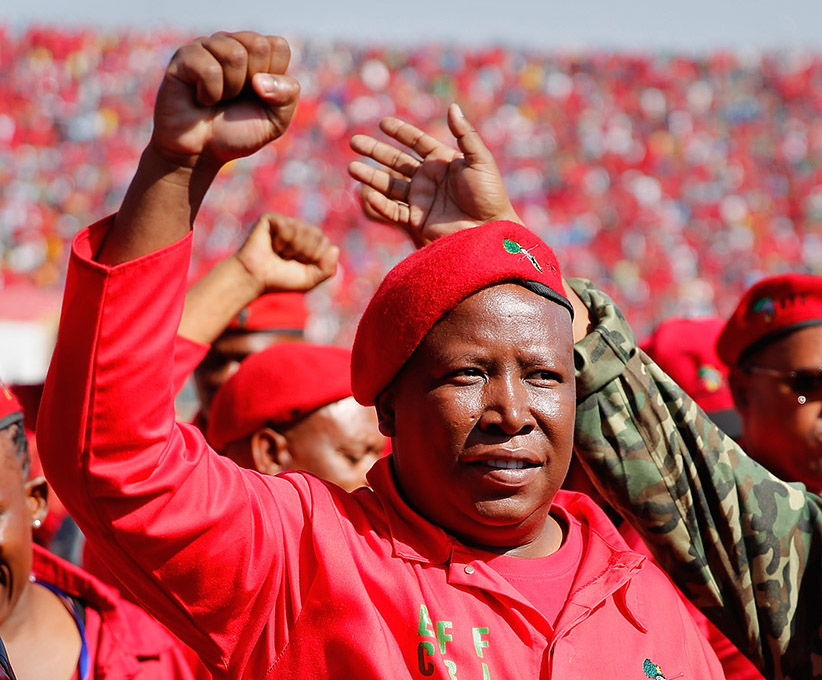 Julius Malema, the leader of the South African political movement, Economic Freedom Fighters (EFF) says he wants Black people to live a comfortable life, and this is his inspiration everyday he wakes up.

Malema stated this on Sunday during his community address in Chebeng, Polokwane, Sowetan Live reports.

The EFF secured seats in Ward 9 of the community during the by-elections last week.

Speaking mostly in Sepedi, he said though his party did not secure the most seats in Limpopo, he came to tell his party’s supporters that they tried.

Malema said the “war” to win the province was still on and would only end when “our children have jobs”.

“We want to give the elderly more money because they are the breadwinners. We must share the wealth of the country, and the only way to do it is to give it to the poor.

“It is the time for black people to eat. Our elders worked in the kitchens without being paid anything. Now is the turn of a black child. You must enjoy the benefits of your own land. This land belongs to our forefathers. We want you to eat, we want to give you the land and we want you to teach your children to work for the land,” said Malema.

He took a dig at those who say he is disrespectful for his approach on matters, saying they are scared of the fact that he wants “all of us to eat”.

“That is what I am being persecuted for,” he said.

“Our people don’t want luxury. They want basic things and they want to be educated. The problem is that we are led by fools who are lazy to think.”

He said the government should be held accountable for how it uses taxpayers’ money.

“We are paying tax to one SA Revenue Service, we have one president, and so we must have one health and education system. We want a government that works and we want schools to be sophisticated with the latest technology,” said Malema.

In his speech, Malema stressed the importance of every Black South African having a decent social status, saying money must be in the pockets of those who need it the most.