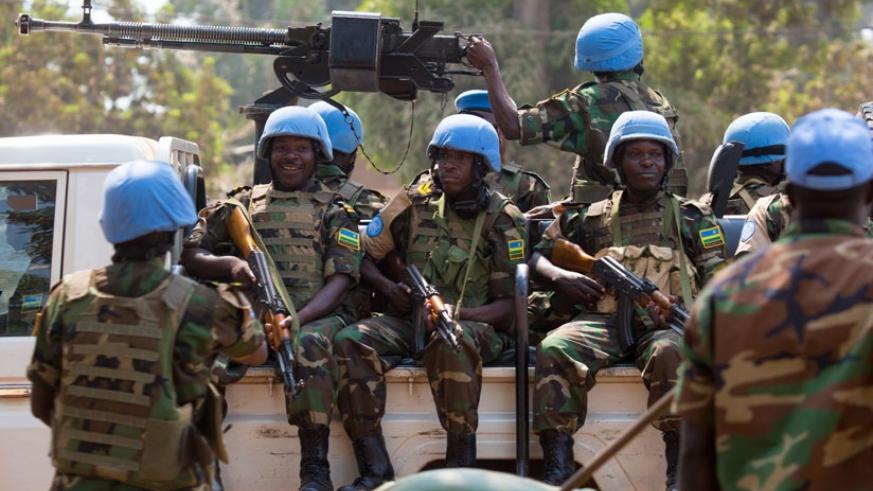 The African Union (AU) has commended Rwanda’s deployment of a 1,000-person contingent of the Rwanda Defence Force (RDF) and the Rwanda National Police (RNP) to Cabo Delgado Province, Mozambique to fight Islamic terrorists as a strong and concrete act of African solidarity to support a fellow Member State comabat insecurity.

Moussa Faki Mahamat, the Chairperson of the African Union Commission (AUC), on Saturday, July 10 tweeted: “I commend the Republic of Rwanda’s deployment of 1000 RDF & Rwanda National Police members, to Cabo Delgado, at the request of the govt of Mozambique, as a  strong and concrete act of African solidarity to support a fellow Member State fight terrorism and insecurity.”

The AUC, which is based in Addis Ababa, Ethiopia, is the AU’s secretariat which undertakes day to day activities of the Union.

Rwanda made the announcement on Friday after the 16-member Southern African Development Community (SADC) approved last month the deployment of joint forces to help Mozambique respond to the nearly four-year-old conflict, which has killed some 3,000 people and displaced almost 800,000, half of whom are children.

Although Rwanda is not a member of SADC, its soldiers would fight alongside Mozambique’s forces and SADC troops, the Rwandan government said in a statement.

“The Rwandan contingent will support efforts to restore Mozambican state authority by conducting combat and security operations, as well as stabilisation and security-sector reform,” it added.

The deployment is based on the good bilateral relations between Rwanda and Mozambique, following the signing of several agreements between the two countries in 2018. The deployment is also grounded in Rwanda’s commitment to the Responsibility to Protect (R2P) doctrine and the 2015 Kigali Principles on the Protection of Civilians, a statement by the government of Rwanda stressed.

On Saturday, Defence and Military Spokesperson, Col Ronald Rwivanga, said the country’s joint Military and Police 1,000-person contingent that started deploying to Mozambique on July 9 will only return home once its mission is accomplished.

An armed group whose origin is unknown but locally known as al-Shabab have frequently attacked the Cabo Delgado since 2017, killing thousands and displaying many more. Analysts say the attacks are steeped in local political, religious and economic discontent.

The sophistication of the attacks has increased, too.

The fighters linked to ISIL (ISIS) have ransacked towns and gained control of key roadways, destroying infrastructure and beheading civilians. In some cases, they have forced locals into their ranks or held them as sex slaves.

Since August 2020, the fighters have been in control of the key port town of Mocimboa da Praia, while in March, they launched a coordinated assault on Palma town, killing dozens and displacing tens of thousands, while also forcing the French energy firm Total to suspend its $20bn LNG project.

More than 50 people were beheaded by terrorists in the province in April 2020 and a similar number in November 2020. In September 2020, the ISIL insurgents captured Vamizi Island in the Indian Ocean.

One million people in northern Mozambique need food aid, as the World Food Programme has warned of a growing hunger crisis.