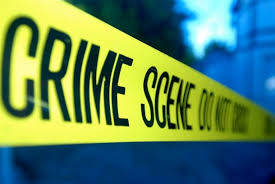 A Rwandan opposition politician, Seif Bamporiki, living in exile in South Africa, was on Sunday afternoon shot dead while delivering a bed to a client in Nyanga.

Bamporiki was the Rwanda National Congress co-ordinator in SA.

It remains unclear whether the murder was politically motivated. However, a Twitter user alleged Bamporiki was “assassinated by Rwanda’s external intelligence operatives using silencer handguns”.

The suspects took cellphones and wallets before they fled the scene in the deceased’s vehicle. No arrests have been made, IOL reports.

Rwanda National Congress spokesperson Etienne Mutabazi told the BBC a client had made contact with Bamporiki, who runs a bed shop, asking if he had a bed to sell.

The client then asked for the bed to be delivered in Nyanga, the murder capital of South Africa. Bamporiki and an associate then drove to the area where the bed was supposed to have been delivered.

Western Cape police spokesperson Colonel Andrè Traut said Gugulethu police are investigating a case of murder following an incident at 4.20pm yesterday in the Europa squatter camp, where an adult male was shot and killed.

’’It is alleged that the deceased and another male, aged 50, were doing a delivery of a bed in the area when they were approached by two unknown suspects,“ Traut said.

’’The deceased was pulled from his vehicle and shot, while the 50-year-old male who accompanied him managed to escape unharmed. The suspects, who are yet to be arrested, fled with the deceased’s vehicle.’’

Any person with information regarding the incident is kindly requested to contact Crime Stop on 08600 10111, Traut said.

Nyamwasa was shot outside the driveway of his home in Johannesburg.

Nyamwasa fled to SA after falling out with Rwandan president Paul Kagame.

Four men involved in his attack were sentenced by the Kagiso regional court to an effective jail term of eight years each.

Nyamwasa has maintained orders to kill him came from the highest office in Rwanda. He had also claimed the Rwandan government assassinated former intelligence chief Patrick Karegeya and boasted about it.

In May 2019, Camir Nkurunziza, a Rwandan refugee and political activist living in South Africa, was shot dead in Cape Town.

IOL and Times Live contributed to this news