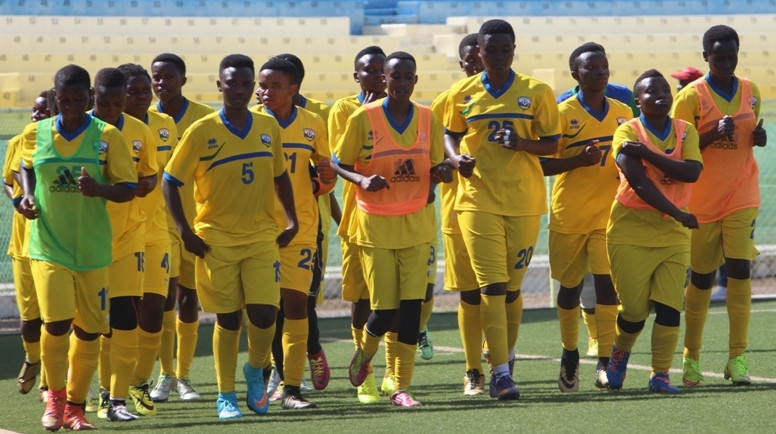 In July last year, under the FIFA COVID-19 Relief Plan regulations, an extensive outreach was launched among its member associations whereby a universal solidarity grant of one million dollars (approx. Rwf 1 billion) was availed to all FIFA member associations.

The funds were provided to help member associations in various activities such as the restart of competitions, implementation of return-to-play protocols, participation of national teams in competitions, hiring and re-hiring of staff, maintenance of football infrastructure, and general administration and operating costs.

With specific protection to women football financed through FIFA’s financial reserves, each member association, including FERWAFA, received an additional grant of $ 500,000 which was allocated specifically to women’s football under what FIFA called ‘Women’s Football Grant’.

The special funding is deemed for the growth, protection and restart of women’s football and to ensure that minimum conditions exist in order to operate despite the impact of the pandemic.

Despite receiving the funds, however, FERWAFA is yet to distribute the funds to its member associations, from both first and second divisions, with all now claiming they are in dilemma of what the grant is being used for other than distributing it to women football clubs.

Clubs which spoke to Times Sport, however, said they were told to wait for the money until the women football league returns.

Louis Rurangirwa, the president of Rugende Women Football Club, claimed that he doesn’t understand why FERWAFA is reluctant to give the money to women clubs yet it was provided to cover and address pandemic-caused losses and needs for women football.

“My team, for instance, was forced to look for a new playground because the one we were using is located in a wetland, some of our players, mostly students, have their eyes on us to pay school fees for them. So why would FERWAFA keep the money on their account yet our clubs are already in need?” he added.

Asouman Ndarama, the president of Gisagara-based Youvia Women Football Club, said that the federation should disburse the money to the beneficiaries.

“The money has been on their account since July last year, but I don’t know why we aren’t getting it. Our clubs were hit by the pandemic and FERWAFA can’t help yet they were funds to help us. They need to be clear about when we will get the money and the amount each club will receive as well as set requirements that clubs should fulfill to get the money,” he suggests.

Clubs are now preparing to appeal to FIFA for the funds.

“We are prepared to file an appeal to FIFA,” said Rurangirwa, who revealed that his club has already lodged a petition to the Ferwafa’s ‘Disputes resolution committee”.

According to FERWAFA Secretary General,  Francois Regis Uwayezu, a big part of the $ 500 000 grant [Rwf 349 million] was allocated for women football development including preparations of national women football teams, football competitions for youth, training of women coaches and women referees.

The remaining part worth Rwf 151 million is supposed to be given to women football clubs to help them prepare for the competitions.

In December last year, FERWAFA said the 2019/2020 Women Premier League was null and void after the football governing body decided to cancel it.

Francois Regis Uwayezu explained that the Women’s Football Grant has nothing to do with COVID-19 recovery plan and was instead allocated for women football development.

Part of the grant, Rwf 150 million, which the clubs are complaining about, he said, is the fund allocated for women competitions as per the football governing body’s Executive committee’s resolutions, insisting that his office can’t give money to women football clubs until the competitions return.

“Why should we give them money for competitions? We are in a lockdown …and we are likely not to have competitions in a while,” he said.

“The financial management is universal and the same applies at FERWAFA… that’s why the money should be doing what it is deemed for,” he said.

Uwayezu said clubs need to show the federations how they plan to resume training if they need the money to prepare for competitions.