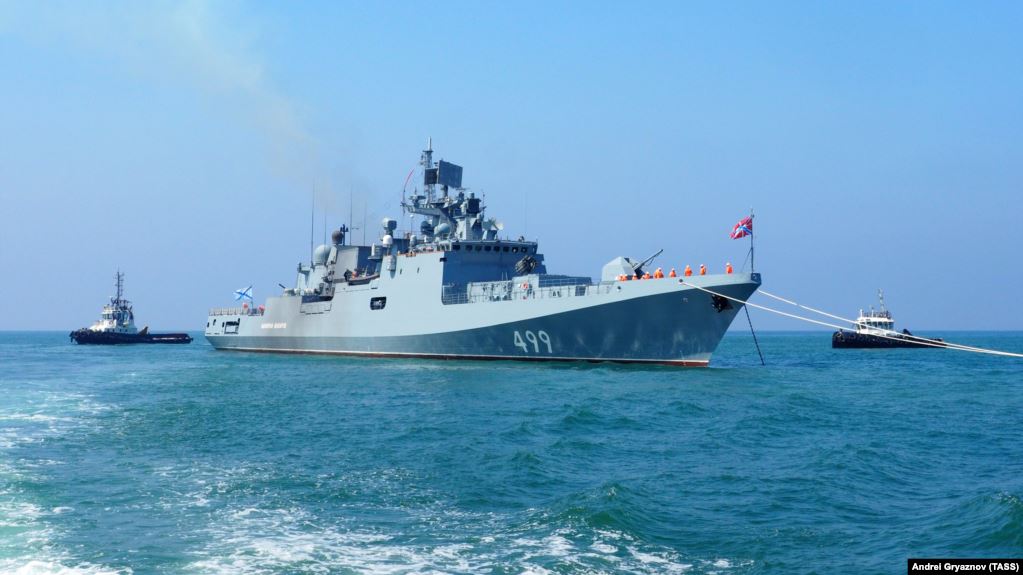 Russia Plans To Build Red Sea Naval Base In Sudan

As it vies for influence with the West and China in Africa, Russia is planning to build a naval base on Sudan’s Red Sea coast to resupply its fleet, according to a draft agreement with Khartoum signed by Russian Prime Minister Mikhail Mishustin.

A draft deal being put before President Putin by the government envisages a hub at Port Sudan for up to four ships and 300 troops. Under the bilateral agreement, Russian ships and nuclear-powered submarines could use it.

The planned deal, published on the Russian government’s website on Wednesday, outlines a “logistical support centre” to be set up in Sudan where “repairs and resupply operations and rest for crew members” can take place, Al Jazeera reports.

The mooted capacity will be capped at 300 military and civilian personnel and four ships, including nuclear-powered vessels, the text added.

The base will stand on the northern outskirts of Port Sudan, according to coordinates named in the detailed document.

Russia will also gain the right to transport via Sudan’s ports and airports “weapons, ammunition and equipment” needed for the base to function.

According to the draft agreement, the facility “meets the goals of maintaining peace and stability in the region, is defensive and is not aimed against other countries”.

The Russian navy’s logistics is expected to embrace the coastal, water and mooring areas, according to a report by Russian state news agency TASS.

“The Sudanese side has the right to use the mooring area upon agreement with the authorised body of the Russian side,” the document reads.

It is no secret that Russia has economic and geopolitical interests in Sudan, a country rich in oil and other minerals.

Sudan is also one of the top importers of Russian arms in Africa.

The agreement states that Russia is willing to deliver weapons and military hardware to Sudan for free to maintain the air defense of the Sudanese naval base at Port Sudan, where the Russian naval facility would be built.

According to reports, the deal is slated to stand for 25 years – as long as neither party objects to its renewal. So far, Russian authorities have not named a date for the accord to be signed with Khartoum.

Moscow has in recent years turned its eyes to Africa as it renews its geopolitical clout while competing with China and the USA.