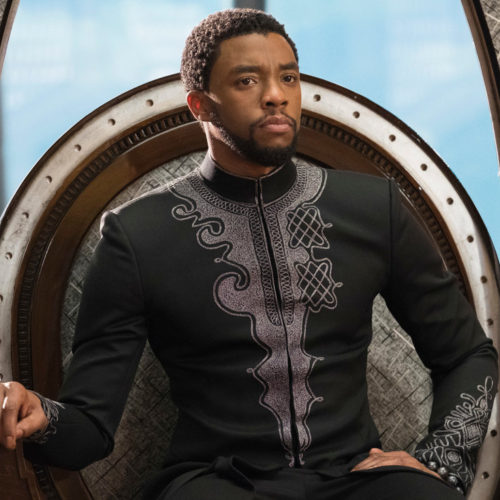 The unexpected death of Chadwick Boseman has not only shocked the world, but has rattled many – from the young to the old – who were all influenced by and proud of him, especially for his role in the blockbuster movie “Black Panther”.

The 43-year-old died of colon cancer in August 28, but he was diagnosed of the illness since 2016. Surprisingly, none of his co-stars and nobody in the Marvel Studios knew he was nursing a debilitating illness.

Days after his death, those in his inner circle who knew the closely guarded secret are starting to speak out. In an interview with The Hollywood Reporter, Boseman’s producing partner Logan Coles, his agent Michael Greene and personal trainer Addison Henderson have revealed why he kept his illness a secret.

According to Greene, Boseman was inspired to keep his cancer battle private by his mother Carolyn, with his agent saying:

“She always taught him not to have people fuss over him. He also felt in this business that people trip out about things, and he was a very, very private person.”

Greene also spoke about the forthcoming Netflix film Ma Rainey’s Black Bottom, saying that Boseman that Boseman featured in. She said he was experiencing “hard-core pain” during filming, but “felt that being able to be with [co-star] Denzel [Washington] and to launch this cycle of [playwright] August Wilson at Netflix was so exciting to him.”

They also note that Boseman understood that becoming a major movie star wasn’t a gift to be squandered and that it allowed him to uplift others. Henderson concluded by saying the following:

“Some people wait a lifetime to get the opportunity that he had and Chad had so much wisdom, so much knowledge, so much inside of him that he wasn’t going to let this disease stop him from telling these amazing stories and showing his art in the prime of his life.”

That he fought through the pain to tell the African story like has never been told before in Black Panther, shows without a doubt that Chadwick Boseman was, indeed, a hero.