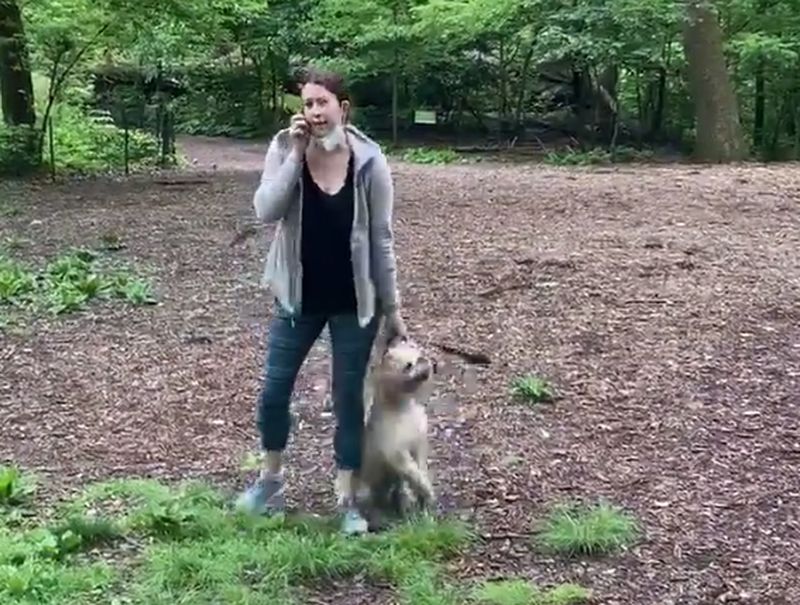 Amy Cooper, the racist white woman who called police and lied against a black man in Central Park after he simply asked her to leash her dog has been sacked by her company, Franklin Templeton, according to Daily News.

“Following our internal review of the incident in Central Park yesterday, we have made the decision to terminate the employee involved, effective immediately. We do not tolerate racism of any kind at Franklin Templeton,” the company said in a statement.

Before her sack, Cooper was a vice president at the firm, according to her now-decommissioned LinkedIn profile.

Her expertise was in “insurance accounting and regulatory issues, asset liability management and strategic asset allocation,” it said.

The road to her downfall started on Monday after a black man, Christian Cooper filmed her on his phone as she placed the 911 call with her cocker spaniel Henry thrashing to free himself from her painful grip on his collar.

Christian Cooper, an avid birder, had asked Amy to leash Henry. When she refused, he began to offer the dog a treat, hoping it would cause her to reconsider, he later explained.
Amy Cooper responded by threatening to call police.

“I’m going to tell them there’s an African-American man threatening my life,” she says as she starts to dial.

“I’m in the Ramble, and there’s a man, African American,” she states, her voice rising with hysteria.
“I’m being threatened,” she starts to scream. “Please send the cops immediately!”

She then clasps the leash on her dog’s collar. That’s the exact moment Christian Cooper says, “Thank you,” and the video ends.

Posted online Monday by Christian and his sister Melody, the video had more than 30 million views on Twitter and 22,000 comments on Facebook by Tuesday afternoon.

Amy Cooper has since issued a public apology, but she also whined to CNN that her “entire life is being destroyed right now.”