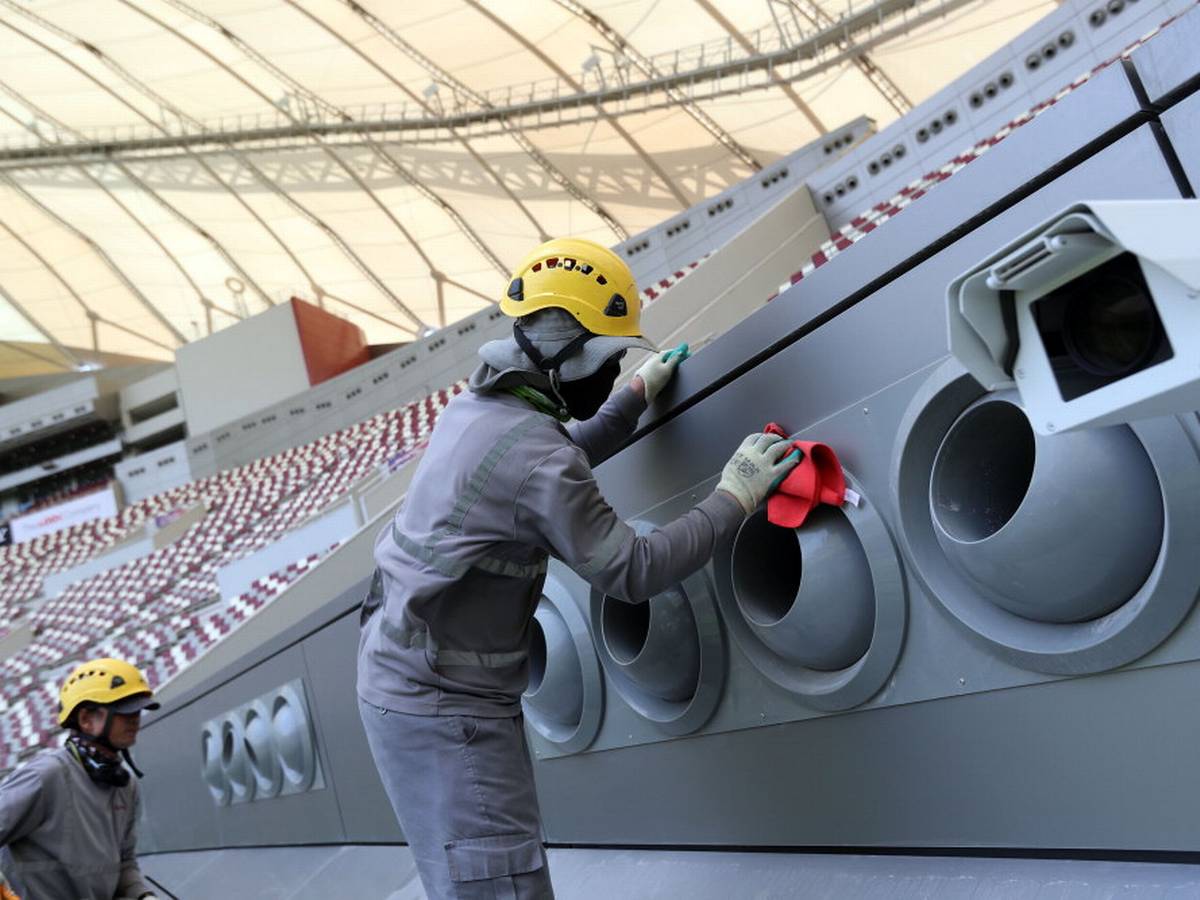 Unbearably hot and naturally so, Qatari’s begin to checkmate nature by “recreating” it’s own micro habitat- the question remains, for how long and at what cost?

Gigantic coolers in unusual places- in the Arab world of Qatar, a “notorious” novelty is taking place.

Outside Air conditioning! Sitting as one of the hottest spots on the planet, where summer temperatures now reach up to 46C, Qatar, like most Arab countries does get very hot, and in most cases, a life and death situation, with the possibility of the body completely shutting down if the delicate balance of heat, humidity and skin perspiration loose harmony

It is now so bad that the country has started cooling public places like pavements, outdoor markets and most unusually, stadiums. The world cup itself was moved to November because of the extreme heat

But the disturbing question remains, what would this cost the environment? Have they unknowingly set of a vicious cycle that could become an attractive trend with other countries following suit?

Qatar, which is the largest per-capita emitter country of greenhouse gases, according to the World Bank, uses a staggering 60 percent of its electricity for cooling — nearly three times as much as the USA and almost six times as much as China. Air conditioning accounts for less than 10 per cent of China’s or India’s electricity use

The worry here is, that Qatar’s air conditioning emits alarming levels of carbon dioxide into the atmosphere which contributes to the climate crisis

What does this mean down the line for life on the planet as a whole?

Published in NatureWatch, Science and World