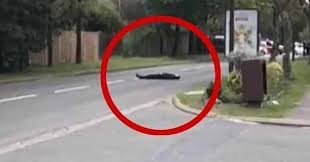 An 18-year-old teenager of Chechen origin has been detained in connection with the decapitation of a teacher in Paris, France, newswire AFP quoting justice sources revealed.

Police said the assailant was shot by cops and later died of his injuries as French anti-terror prosecutors said they were treating the assault as “a murder linked to a terrorist organisation”.

Samuel Paty was the victim’s name. He was a history and geography teacher at a secondary school in the Conflans-Sainte-Honorine area, according to the French Education Minister Jean-Michel Blanquer. Blanquer said Saturday that Paty was murdered “for teaching a class that had to do with one of the pillars of democracy — freedom of expression.”

The incident occurred at a Paris suburb Conflans Saint-Honorin, nearly 30 kilometres away from the French capital.

“Samuel Paty embodied our Republic’s most noble asset: its schools. He was cowardly murdered by enemies of freedom. We will be united, firm and resolute,” Blanquer wrote in a tweet.

President Macron while visiting the scene of the crime said it was “an Islamist terrorist attack”.

“Our compatriot was flagrantly attacked, was the victim of an Islamist terrorist attack,” Macron said, adding, “They won’t win… we will act. Firmly, and quickly. You can count on my determination.”

According to reports, at least five more people have been detained in connection with the killing of the teacher.

The trial is still ongoing.