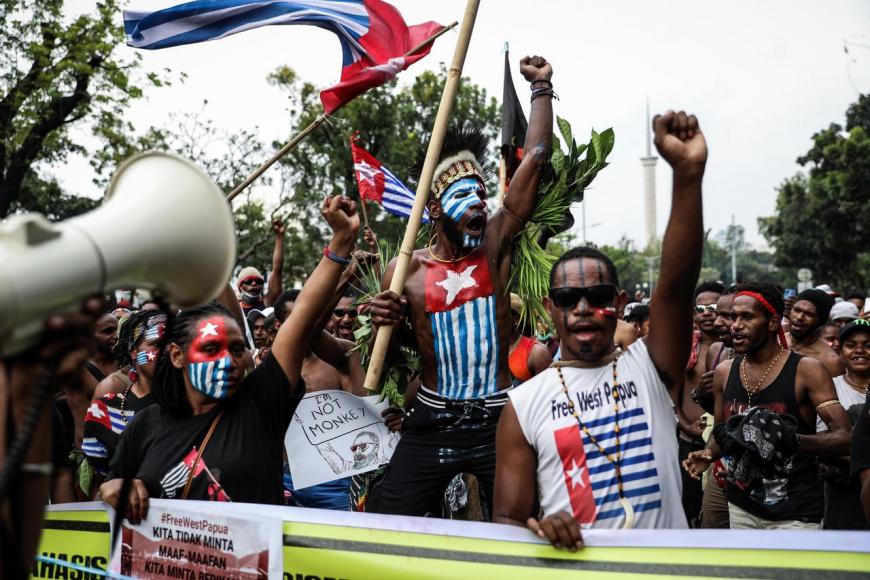 After declaring a provisional government in exile, hundreds of Papuans held rallies across at least eight cities in Indonesia on Tuesday to renew calls for independence.

The demonstrations marked the anniversary of West Papua declaring independence from Dutch rule in 1961, which was followed by a contentious UN-sanctioned referendum in 1969 that brought Papua under Indonesian control, Reuters report.

Over 100 students marched in the capital Jakarta, and among them was, Papuan Roland Levy said the date remained significant decades on.

“My goal in joining the rally today is to commemorate 59 years of the proclamation of independence of the West Papuan nation that was annexed by Indonesia,” he told Reuters, as demonstrators waved banners calling for the right to self-determination.

Some Papuans regard the 1969 plebiscite as unfair and say intimidation was used to influence the outcome, which Jakarta has rejected.

The protests coincided with a declaration from the United Liberation Movement for West Papua that a provisional “government-in-waiting” had been formed, led by exiled independence figure, Benny Wenda.

Wenda, who is based in the UK, said the group would push for independence and no longer “bow down to Jakarta’s illegal martial rule”.

Teuku Faizasyah, a spokesman for the Indonesian foreign ministry, paid little heed to what he described as “Mr Wenda’s self-proclaimed status”.

“The status of Papua as part of Indonesia, the successor state of the Netherlands (Dutch) East Indies, is final,” he said, referring to the former colonial power.

He said the integration process was supervised by the United Nations and included the adoption of a resolution.

Separatist conflicts and Indonesian oppression has plagued Papua for decades, as access to foreign journalists is often restricted.

The United Nations human rights body have expressed concern over reports of extrajudicial killings and escalating violence in the region, Reuters reports

In the past year there have been sporadic and deadly attacks involving security forces and indigenous Papuans, including the killing of several Papuan minors and a pastor in recent months.

Published in AfricaWatch, Asia and World