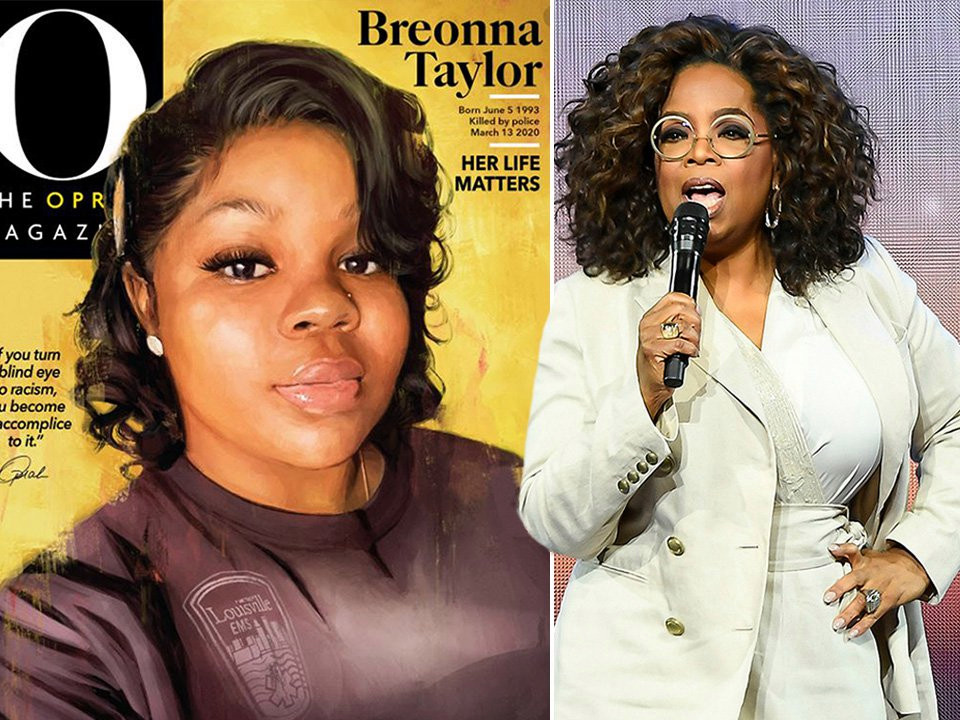 For the first time in 20 years, Oprah Winfrey will not grace the front cover of her namesake magazine. The September issues if “O” will rather honour Breona Taylor, the Black American woman who was fatally shot dead in her house in Louisville in March.

The September edition of the magazine will drop August 11.

Winfrey revealed the cover on Twitter and Instagram and wrote: “We can’t be silent. We have to use whatever megaphone we have to cry for justice. And that is why Breonna Taylor is on the cover of O magazine. The September issue honors her life and the life of every other Black woman whose life has been taken too soon.”

“If you turn a blind eye to racism, you become an accomplice to it,” Winfrey said in a quote that also appears on the cover.

According to updates from O, just one of the three officers involved has been dismissed from the police force. The officer blindly fired ten rounds from his gun, some of which went into the adjoining apartment.

The other two officers still have their jobs.

Cries for justice has rang loud. Breonna Taylor had plans for the future, but her life was sadly cut short in her sleep by white policemen.