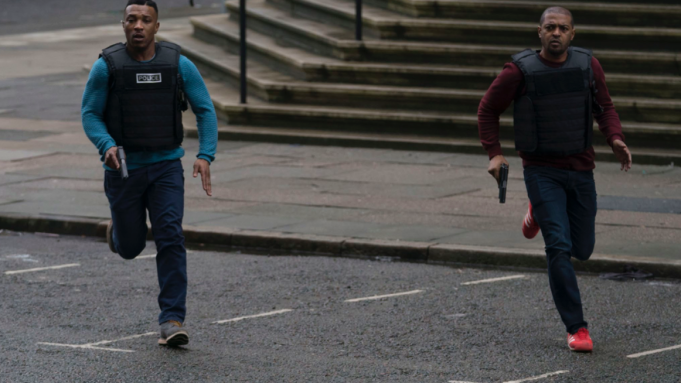 IT’S good news for Bulletproof fans as Noel Clarke and Ashley Walters will be returning to our screens as cop buddies Pike and Bishop for a spin-off series.

The two actors are set to reprise their roles as NCA detectives Aaron Bishop and Ronnie Pike Jr. in a three part special series of the Sky crime comedy drama, following the first season in December 2019 and a second run earlier this year.

Paul Gilbert – Executive Producer for Sky – said: “We’re really excited to see TV’s favourite cop duo back in action, but transported from the mean streets of London to one of the most beautiful coastlines on the planet.

“Played brilliantly by Noel and Ashley, Bishop and Pike will offer a New Year thrill ride to die-hard fans of the show and new viewers alike, as they navigate their way through an unfamiliar world to seek justice in their inimitable style.”

The upcoming special sees the boys take a much-needed vacation from their London day-job and head to Cape Town, South Africa.

The synopsis reads: “Unfortunately for our two holidaymakers, things don’t quite go to plan.

“While trying to relax after a tough year, Bishop, Pike and his family soon find themselves caught up in the frightening kidnap of a young girl.

“Having befriended the young girl’s parents earlier that day, Bishop and Pike decide it’s their duty to use their expertise to help the couple win their daughter back.

“The kidnappers demand an unreasonable reward for the safe return of the girl, but have no idea who they’re now up against.”

Allan Niblo – co-founder of production company Vertigo Films, said: “I’m thrilled to have Bishop and Pike burst onto our TV screens with a ray of sunshine to brighten up any dull January.

“Expect carnage, mayhem and camaraderie as they take on formidable new enemies.”

Bulletproof: South Africa is to air on Sky One on Wednesday 20 January 2021 and will also be available on NOW TV.