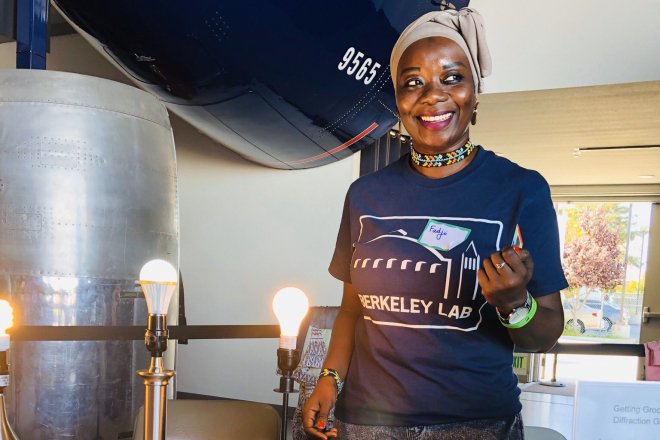 Nigerien History-Maker On A Mission!

The first person from the Niger Republic to work at NASA (The National Aeronautics and Space Administration) is a woman and the name of this brilliant mind, altruistic heart and award-winning scientist is Dr Fadji Maina.

Maina was raised in Zinder — one of the largest cities in the Niger Republic that has had marked challenges with water scarcity that are worsening due to climate change.

The accomplished scientist has recalled feeling blessed as when she was a little girl she was aware of many households that did not have running water like her own and would often wonder about the lines of tens of girls standing outside her family home with buckets during the dryer months of the year.

It appears that the water issues exacerbated some of the gender-equality challenges within Nigerien society as it was typically the girls who would be sent by their families to fetch water from lakes or neighbours’ residences — amid other domestic duties, while priority was often given to boys to get an education.

Hence, her compassionate ten-year-old self knew she wanted to do something to eradicate the regional water issues her community faced.

Even before joining NASA at the end of August this year, the trilingual (Hausa, French and English) professional had already received international recognition and even made it onto the prestigious Forbes’ 30 Under 30 2020 Science list for her published research at Lawrence Berkeley National Laboratory in Berkeley, California.

Today at twenty-nine years old, Maina works as an Earth scientist working as a computational hydrologist — using mathematical models and remote-sensing products to study the impact of climate change on water, at NASA’s Goddard Space Flight Centers and holds the title as the first Nigerien to be a part of the US space agency’s team.

A position that has made her native country very proud. A feeling in a matter of sorts which appears to be mutual as one of Dr Maina’s social media handle profiles reads, “Proudly a daughter of Niger.”

Anyone can inspire and is a role model for another person. We must be aware of this and take responsibility for it. Inspiring others is not an option for me as a native of Niger, it is a duty and it is the minimum.

Dr Fadji Maina hopes to not only make a positive impact on the world’s rising water issues but to also inspire other Nigerien women and girls — as she exemplifies being a model African citizen.