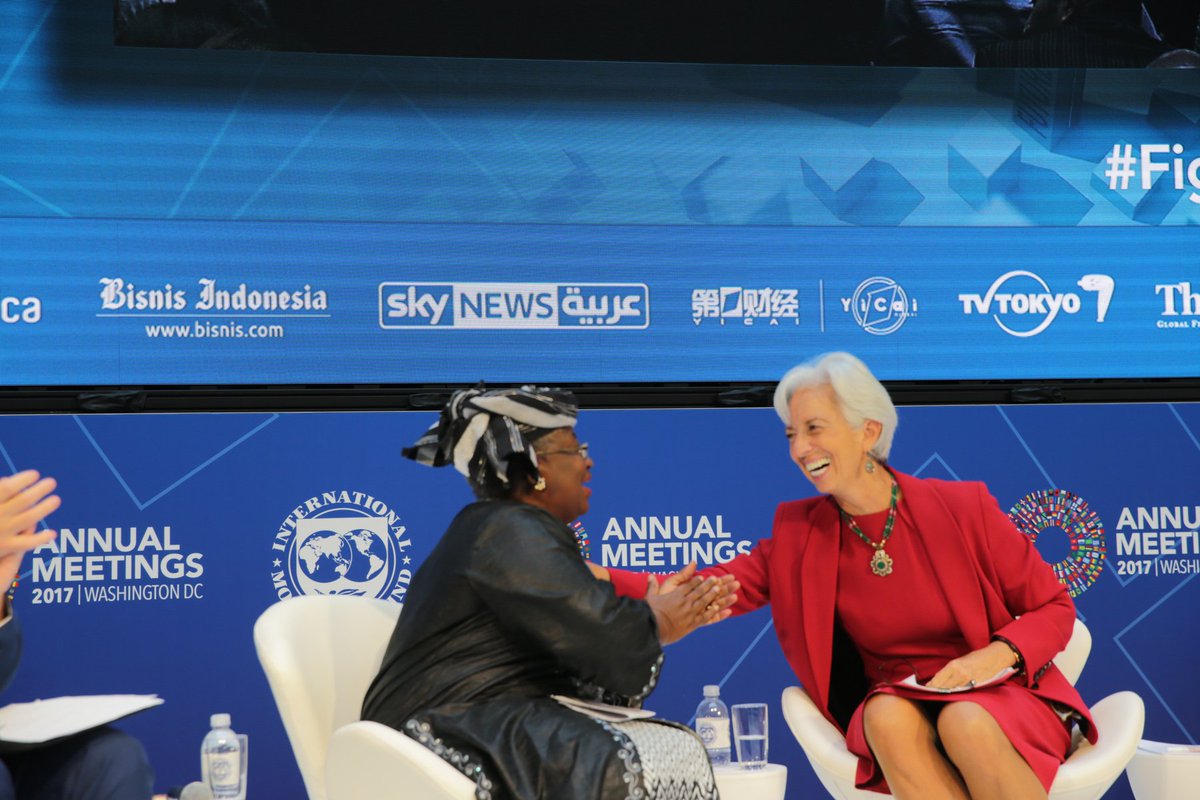 Nigeria’s Ngozi Okonjo-Iweala is on the verge of becoming the first African and female Director-General of the World Trade Organization (WTO).

This was occasioned by the withdrawal of South Korea’s Trade Minister, Yoo Myung-Hee, from the race. No explanation has been offered for her withdrawal, but reports say she abandoned the race following consultations from her chief backer, the United States.

The process to install a new successor for Roberto Azevedo, who stepped down last August, has been stalled for months.

This is particularly because the Trump-led U.S. administration was strongly opposed to Okonjo-Iweala’s appointment, throwing its weight around Myung-hee.

It came as a surprise to key delegates around the world as Okonjo-Iweala was the better qualified of the two, and key WTO ambassadors had suggested Okonjo-Iweala back in October as the best pick to lead the organization.

Okonjo-Iweala’s effort to root out corruption during her first stint as Nigeria’s finance minister earned a nickname “Okonjo Wahala” — “Okonjo the trouble maker” by her opponents.

According to Bloomberg, the 66-year-old development economist embraces the moniker and true to form, trouble was what Okonjo-Iweala withstood campaigning for the WTO job, finding herself on the wrong side of the Trump administration, despite being a U.S. citizen.

President Joe Biden appears to have given her his blessing and history is about to be made.

“She is this wonderful, soft, very gentle woman with an authentic approach to problems but, boy, under that soft glove there is a hard hand and a strong will behind it,” European Central Bank President Christine Lagarde said in an interview. “She is going to rock the place.”

The WTO badly needs to be shaken up. The Geneva-based trade body is largely dysfunctional and all three pillars of its work are under threat. Its usefulness has been called into question as China’s brand of state capitalism increases its footprint on the global economy, fomenting criticism from Brussels to Brasilia.

The organization has struggled to produce meaningful multilateral agreements, its trade-monitoring function consistently underperforms and former U.S. President Donald Trump neutralized the WTO appellate body in late 2019. With a budget last year totaling $220 million and a staff of more than 600, it has become a toothless bureaucracy during the most disruptive period for international commerce in generations.

Add the pandemic to the turmoil, and the WTO’s most substantive work was ground to a near standstill last year and spurred its previous director-general to quit unexpectedly.

The WTO plans to hold a meeting in the coming days where its members will consider a final decision on Okonjo-Iweala’s candidacy. If none of the WTO’s 164 members oppose her, she will be appointed for a four-year term, with a possible four-year extension in 2025.