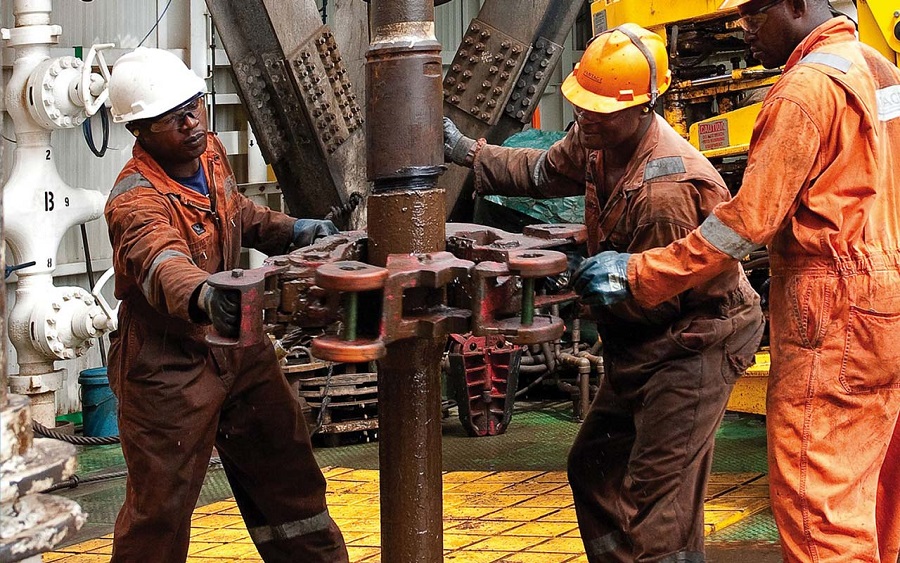 The decision by the government of President Muhammadu Buhari to shell out another $1.5bn to repair the Port Harcourt oil refinery indicates that Abuja is clearly not in the mood to curtail corruption or rein in its appetite for waste.

Brazil has proved a disaster in the management of Covid-19, but there are other areas where we can use its examples.

Like what to do about failing refineries. This hot-button topic returned to the front burner after the Nigerian government recently announced plans to repair the Port Harcourt Refinery.

That refinery and the ones in Warri and Kaduna have a combined refining capacity of 410,000 barrels per day (bpd), an output far less than the local daily demand, but which all three refineries have only struggled to meet since they were installed.

According to a recent report in The Guardian, Nigeria has spent $26.5-billion in fake maintenance in the past three decades or so. Yet, the decision by the government of President Muhammadu Buhari to shell out another $1.5-billion to flog the dying refinery horse indicates that Abuja is clearly not in the mood to curtail corruption or rein in its appetite for waste.

It’s not money the government has. The government is cash-strapped and had, in fact, listed the Port Harcourt refinery among other assets for sale. In a dramatic U-turn, however, the government seems happy to compound its current debt misery of nearly $86-billion by borrowing more to keep an asset it no longer needs.

The government’s main argument is that if the refineries are sold in their current state, they’ll be flogged for less than their scrap value. Officials are also saying that with Dangote’s refinery (650,000 bpd) coming on stream soon, exiting now would leave petrol supply completely in the hands of the private sector.

There’s no need to wonder why this discovery is coming after the fact. Chaos is the gift of Buhari’s government, except that sometimes, this gift is in oversupply. Or how else can anyone explain why these concerns did not come up during due diligence, supposed to precede the listing?

Let’s leave that for a moment and examine how Brazil, famous for state-controlled refineries, is dealing with a similar problem. Petrobras, which manages the refineries for the state, recently decided to sell off Landulpho Alves refinery, among other state-owned assets. Brazil could have made the lazy baby-and-bath-water argument, the trope for the Nigerian authorities.

But the writing on the wall is clear. Faced with a tightening global oil market and an increasing number of nimble producers in many parts of the world, Petrobras, Brazil’s equivalent of the Nigerian National Petroleum Corporation (NNPC), decided that the smart thing to do was to sell off the asset and cut its loss.

In a competitive global bid, Mubadala, Abu Dhabi’s state-owned investment fund recently offered to buy the 333,000 bpd Landulpho Alves refinery for $1.65-billion, a value higher than what the Nigerian government intends to invest in a repair guaranteed to produce a worse outcome.

Petrobras is planning to sell seven other refineries by the end of this year. According to some reports, the company could realise about $25-billion to $35-billion from the sale of its non-core assets in the next four years. This means, by re-evaluating its assets, Brazil could get in four years what Nigeria used in 30 to fix its own rickety assets.

We’ve been here before and didn’t need a lesson from Brazil at the time. The same argument that the government is making for hugging the refineries could have been made to prevent the sale of the Eleme Petrochemical Company in 2006, for example.

Just like the refineries, the company was sinking in the mire of corruption and producing far less than its installed capacity of 1.2m metric tons of polymer-based products. The government of President Olusegun Obasanjo sold 80% of the government’s stake, held by NNPC, to Indorama at $250-million — the sort of money that managers of today’s NNPC would consider less than scrap value.

Within two years of the sale, Indorama was in profit and sending dividends to NNPC. It still does, not only to NNPC, but also to the Onne Community where it is located and the Rivers State government, who are also part owners.

The company has expanded its production capacity to two million metric tons of polymer, built a fertiliser plant for export and also expanded the Onne Port, which had almost collapsed into a narrow wedge on the government’s watch.

About 500 staff members were on the payroll, most of them leeching off the system while Abuja fat cats were milking the company in the name of “preserving our collective patrimony”. Today, there are 1,500 employees in Indorama Eleme, doing valuable work and earning wages they could only have dreamed of under government management.

It was a lesson which the Obasanjo government almost replicated with the refineries in 2007, before vested interests who use the refineries as private “oil blocks”, regardless of their pretentious nationalism, decided to subvert the sale of the Port Harcourt and Kaduna refineries to Blue Star, with labour goading them on.

The lazy, worn-out arguments for the catastrophic reversal over a decade ago have not changed: why sell cheap when you can fix and manage cheaply to reduce petrol imports? Why divest from the refineries and leave such a vital national resource in the hands of the private sector? Why, in short, throw away the baby with the bathwater?

If the government is prepared to spend three times what it would have earned from the sale to repair it, your guess is as good as mine what the current market value of the refinery would be today. But it would be worse by the time government finishes the $1.5-billion window-dressing.

Well, this baby has been thrashed and abused by a derelict parent that seems determined to drown it in the bathwater.

The International Energy Agency (IEA) warned last week that “the plans to repair and relaunch the country’s three existing refineries that have not been operating in recent years are unlikely to materialise.”

The government is not listening. Or, to put it more correctly, it is listening to itself and instead of using best examples from elsewhere, and even from its own past, it is behaving like effigies from Chiluba’s Zambia.

And then it happened. A combination of steep crashes in commodity prices coupled with corruption, global politics, internal incompetence and mismanagement — all present in today’s Nigerian refineries — put the future of the mines in grave danger.

In response to the economic crisis facing Zambia at the time, President Frederick Chiluba listed 287 state companies for sale and managed to sell 251. The jewel in the crown, also listed, was Konkola Copper Mines (KCM), the country’s largest.

Zambia was offered $165-million but Chiluba, like his cousins in Nigeria’s government today, said the offer was insultingly low. He haggled for nine years. When the price of copper finally collapsed in 2000, the best he could get for KCM was $90-million, the true and deserving scrap value.

It’s 14 years since President Umaru Yar’Adua’s government reversed the sale of the Port Harcourt Refinery for $500-million to Blue Star set up by Aliko Dangote and Femi Otedola.

If the government is prepared to spend three times what it would have earned from the sale to repair it, your guess is as good as mine what the current market value of the refinery would be today. But it would be worse by the time government finishes the $1.5-billion window-dressing.

And all of this is proceeding with sickening and confusing haste. Tecnimont, the Italian consultant/contractor that estimated the cost of repair at $290-million nine years ago, revised the cost to $1.78-billion in its fresh bid. The government has neither publicly disclosed details of the first technical report in 2012 nor details of the current one.

All we are hearing from a government that is supposed to be deregulating is that after the repair, Port Harcourt Refinery would refine enough petrol to flood the Suez Canal. Caution.

The deeper issues of NNPC’s importation monopoly, poor seaport infrastructure to admit and process larger vessels, the waste pipe that is the Petroleum Equalisation Fund, the changing refinery landscape in the world, and sheer corruption that overwhelms the system, are not even being mentioned.

It would take more than another repair to cover the developing scandal that Nigeria’s refineries have become. The writing, in grease, is all over the wall.