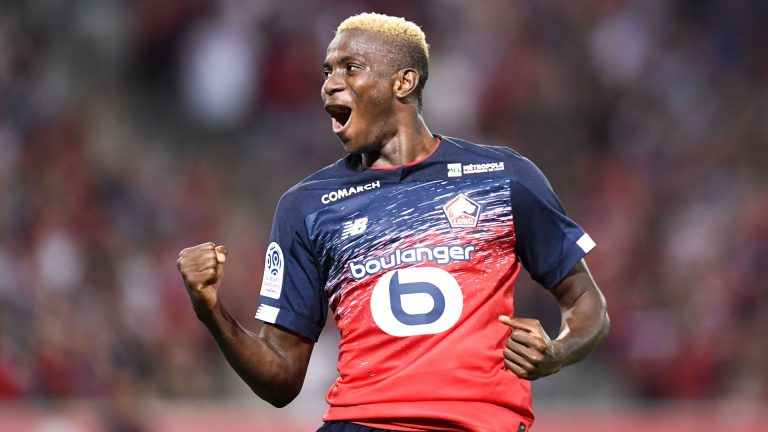 Napoli’s website simply announced: “SSC Napoli are delighted to announce the signing of Victor Osimhen from Lille on a permanent transfer.”

There are conflicting reports about the transfer fee. Reports from Italy says the deal is worth about €50 million-plus add-ons. However, foremost French sports newspaper L’Equipe, says the deal is worth about $96m (81.3m euros, £74m). If the former is true, he would end up being the most expensive Nigerian player of all time. But if the latter is true, he would become the most expensive African player of all time.

Last season Arsenal signed Ivory Coast winger, Pepe, for £72m. He had held the record as the most expensive African player until reportedly broken by Osimhen.

Osimhen burst into the spotlight at the 2015 Under-17 World Cup in Chile, as he clinched the Golden Boot and Silver Ball awards while steering the Golden Eaglets to the title.

The then-16-year-old scored a tournament record 10 goals, netting in every one of Nigeria’s games, in a performance that helped earn him Africa’s Youth Player of the Year award for 2015.

Osimhen later joined German side Wolfsburg but struggled with injury and adapting.

He reignited his career in Belgium side Charleroi on loan, banging 20 goals in 36 appearances. He was nominated as the Club’s Player of the Season in the 2018/2019 football year.

In the summer of 2019, Charleroi signed him permanently and quickly cashed in on him with €12m plus €3m from Lille.

Osimhen scored 18 goals in 38 appearances to also win the Club’s Player of the Year. And then Napoli came calling, and he answered.