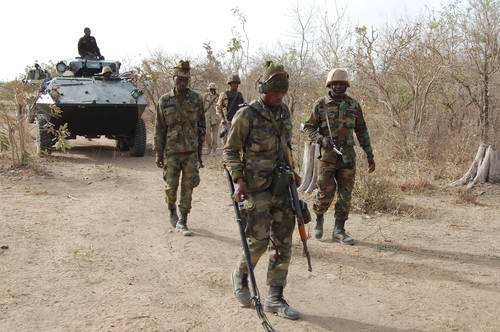 The insurgents had been in military custody at Giwa Barracks in Maiduguri, the Borno State capital. It was gathered that they were handed over to the Commissioner for Women Affairs and Social Development, Hajiya Zuwaira Gambo, representing the state government.

The Punch reports that a source said, “The army handed 1,009 Boko Haram insurgents to the state government today (Wednesday). It was done in secret. We were warned not to allow journalists to the venue.”

Nigerians have frequently accused the Buhari-led administration of going soft on insurgents and bandits, whom they claim are mostly of Fulani extraction like President Buhari.

Boko Haram insurgents have killed over 30,000 Nigerians particularly in the Northeast since it began its insurgency in 2009, according to the UN.

Millions have been displaced and hunger crisis have hit hard.