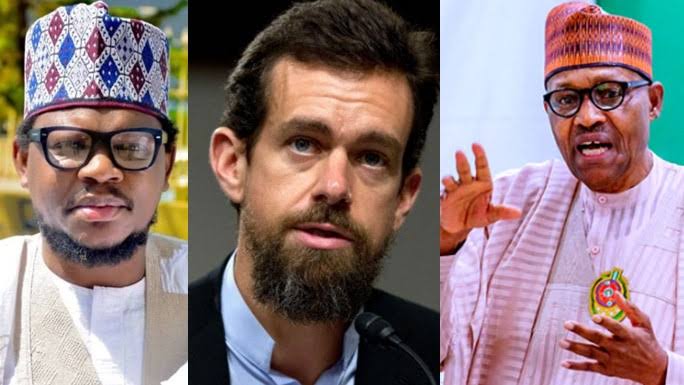 An exclusive report by the Peoples Gazette has uncovered how the Buhari administration provided seed capital for Adamu Garba’s Crowwe social media platform, hoping the firm would help the government dominate internal narratives while squaring an ardent challenge to Facebook and Twitter for the Nigerian audience.

The Gazette obtained bank documents that carried a transfer of funds from the Central Bank of Nigeria to Mr Garba’s IPI Solutions, a software engineering firm run by Mr Garba. The company developed and deployed the Crowwe social media app.

The CBN on May 21, 2019, transferred N136.8 million to Mr Garba’s IPI Solutions, documents said, marking one of several transfers sources said the Buhari regime advanced to Mr Garba in the course of building the Crowwe app.

Despite enormously benefitting from social media during his campaigns and victory over ex-president Goodluck Jonathan, the Buhari government has waged a malicious war against social media platforms.

Several weeks ago, the Presidency banned Twitter in Nigeria, with the Minister of Information and Culture Mr. Lai Mohammed saying the platform was being used to threaten Nigeria’s peaceful coexistence.

However, observers noted that the ban was a retaliation to Twitter deleting President Buhari’s violent tweets in which he threatened another civil war on the Igbos of eastern Nigeria. Also, they reckon it was a way to get back at Twitter owner Jack Dorsey for supporting Nigerian youths during the #EndSARS protest.

Adamu Garba, who was himself a former presidential aspirant (in the likeness of Kanye West), is a crony of the current Fulani-led administration and has repeatedly mocked Nigerians for complaining about President Buhari’s incompetence, which has led to a dire economy and an upsurge in insecurity in the country.

He also repeatedly attacked Twitter during the #EndSARS protest and filed a lawsuit against Twitter owner Jack Dorsey. The lawsuit came to nothing. He was among the first to express his happiness when the government banned Twitter in Nigeria.

Nigerians had said Adamu Garba’s Crowwe app was certain to fail because of his tribalistic tendencies and connections to the current administration. Some Nigerians have even alleged that the app is the government’s way of extracting people’s private information and tracking them down.

Indeed, Crowwe was removed from the Google Playstore after many negative reviews which reduced its cumulative rating to one star.

“It was while the government was trying to find ways to control the media space that Adamu Garba’s company was picked as one of the promising businesses that could proffer solutions,” an administration official said. “The seriousness of controlling social media cannot be overplayed.”

According to Peoples Gazette, Mr. Garba said the app was taken down to upload, but failed to explain why it was only Crowwe that required being taken down before an update could be pushed to enhance user experience.

Crowwe has not lived up to expectation despite the humongous investment by the government.

The app was largely unusable that Mr Buhari, his administration officials and supporters had to move to Indian platform Koo following their exit from Twitter earlier this month, the Peoples Gazette reports.

The Presidency is yet to utter a response accepting or denying the exclusive report.