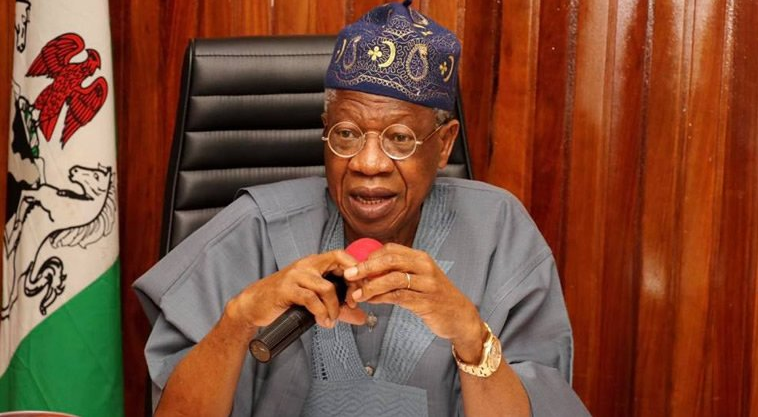 Lai Mohammed, Nigeria’s Minister for Information and Culture, lays out the conditions that the government is imposing for Twitter to be reinstated in the country.

Friday’s decision to suspend the platform, days after Twitter deleted a remark from President Muhammadu Buhari, has already provoked an international outcry over freedom of expression and calls for protests online and on the street.

Nigeria’s media and activists fear their country is slipping into repression after the government suspended Twitter in Africa’s most populous nation, where hyper-connected youth embraced the platform as a means of protest.

More than 120 million Nigerians have access to the internet, and nearly 40 million of them have a Twitter account — 20 percent of the population, according to Lagos-based researcher NOI Polls.

France, by comparison, has only eight million Twitter users.

Nigeria’s numbers are explained in part by its large and youthful population, but also the influence of its diaspora and the online fame of its film and Afropop stars, said Manon Fouriscot, co-founder of the Afrique Connectees consultancy.

Last October, the #EndSARS protest movement against brutality by the country’s SARS — or Special Anti-Robbery Squad — police unit, which expanded into a call for broader reform, first exploded on Twitter before taking to the streets.

Backed by Afropop icons with millions of subscribers, and then relayed by major international influencers, #EndSARS was the most shared hashtag in the world for two days.

The protests that followed were the largest in modern Nigerian history, raising fears of wider instability before security forces cracked down on demonstrators.

Some Nigerian broadcasters are concerned the move against Twitter is part of a more general crackdown on the media.

Nigeria’s government said the Twitter suspension was needed because the platform had been used for activities that could destabilize the country.

With its suspension, Nigeria joins countries like China, Turkey and Myanmar that have all moved to restrict access at some time to Twitter and other Western social media.

Nigeria’s Information Minister Lai Mohammed on Wednesday defended the ban and said Twitter must register and license locally for the suspension to end.

“Nobody in actual honesty can accuse Nigeria of stifling freedom of expression if anyone wants to be honest. But there’s one line you must not cross,” he told AFP.

Abuja’s decision got a nod of support on Tuesday from former US President Donald Trump, who himself is banned from Twitter and Facebook.

“More COUNTRIES should ban Twitter and Facebook for not allowing free and open speech,” his statement said.