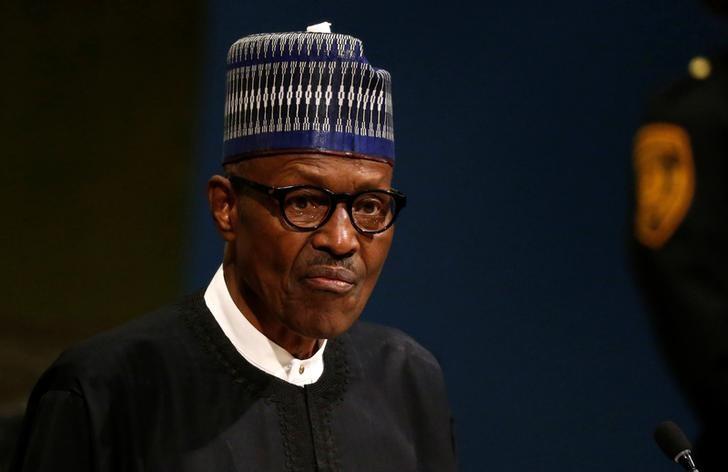 Twitter on Wednesday deleted a tweet by Nigeria’s President Muhammadu Buhari in which he threatened to treat ‘those misbehaving in the language they understand’.

The tweet was directed at Igbos Eastern Security Network (ESN), a pro-Biafran armed group allegedly blamed for waves of attack in the southeastern region of the country.

Eastern Security Network (ESN) is the military arm of the Indigenous People of Biafra (IPOB), and they have denied responsibility for the destruction of government facilities, claiming to be at war with Fulani herdsmen and the soldiers unjustly tackling them.

Buhari’s remarks came after a meeting with officials from the Independent National Electoral Commission (INEC), who reported to him attacks on the body’s facilities.

“Many of those misbehaving today are too young to be aware of the destruction and loss of lives that occurred during the Nigeria Civil War. Those of us in the fields for 30 months, who went through the war, will treat them in the language they understand,” the President’s now-deleted tweet read.

“I receive daily security reports on the attacks, and it is very clear that those behind them want this administration to fail,” Buhari said in a subsequent tweet that was spared.

The tweet was criticized by people on social media as uncouth and asked the site to remove it.

“It was a most irresponsible tweet,” said user Reno Omokri. “But please do not stop there. Delete his account,” he added.

“Take that tweet very seriously. There is an institutionalised #Igbophobia,” said another user named FS Yusuf.

Reacting to the Twitter’s decision to delete the tweet, the Information minister Lai Mohammed accused Twitter of double standards at a press conference.

“The mission of Twitter in Nigeria is very, very suspect. Has Twitter deleted the violent tweets that Nnamdi Kanu has been sending,” Mohammed wondered.

Kanu is the leader of IPOB. He lives in exile in Israel.

When people were burning police stations and killing police officers during #ENDSARS, for Twitter it was about the right to protest. But when a similar thing happened on the Capitol, it was insurrection”, Mohammed said.

Mohammed further added that “Twitter may have its own rules, it’s not the universal rule,” he told reporters. “If Mr President anywhere in the world feels very bad and concerned about a situation, he is free to express such views.”

Since Mr. Buhari took power in 2015, he has been accused of deep tribalism, going easy on his tribesmen the killer Fulani herdsmen while marginalizing the Igbos. This has led to agitations for Biafra in the southeast of the country, spearheaded by the Nnamdi Kanu-led IPOB, declared a terrorist group by the Nigerian government in 2017.

Protests and mass boycotts since then have been brutally cracked down by Nigerian police.

The struggle for an independent nation of Biafra by eastern Nigerians goes all the way back to the 1967 war, where over 2 million people were killed in the eastern region. The history of the war and genocide on the Igbos has been suppressed. It is not taught in school and cultural depictions of the conflict are deeply censored.

On the 31st of May, IPOB declared a sit-at-home order in the five eastern states, commemorating the millions that died in the 30-month long conflict.