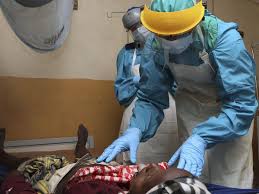 According to the East African, communities in Kogi, Benue, Enugu and Delta states are now living in fear of the unclassified infection which presents symptoms such as headache, fever, abdominal pain, general body weakness and loss of appetite. In some instances, some people have presented symptoms of inability to pass waste, while for others their urine and stool are tinged with blood.

Leaders and health officials in the area have informed the Federal Ministry of Health, who together with the World Health Organization (WHO) are investigating the disease.

The Kogi House of Assembly called for a probe to determine the nature of the disease after 50 people in the area died.

A motion on Urgent Public Importance, raised by Anthony Ujah (a representative for Olamaboro) on the strange illness was unanimously passed.

The lawmaker said attempts to treat the disease in hospital or with local herbs have been unsuccessful.

The Deputy Speaker of the House, Mr. Ahmed Mohammed, said the community shares a boundary with Enugu State where also more than 67 people had died in a similar circumstance.

The Enugu State Government also confirmed the deaths from a yet unidentified disease in Ette Uno and Umuopu in Igbo-Eze North Local Government Area.

A health officer in the area put the death toll at over 67, adding that specimens had been collected for proper diagnosis and treatment of other patients.