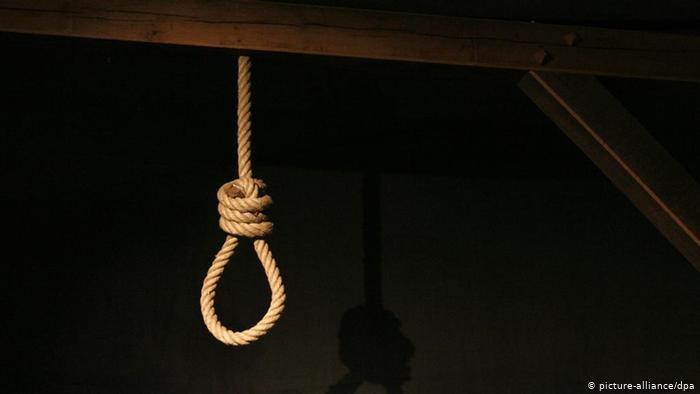 “As a people with an unclear undersanding of their ancient history, Nigeria, the most populous Black nation on earth with the biggest economy in Africa struggles to put reverence and high value on its native culture and identity”

A 22-year-old singer in Kano state has been sentenced to death by a Sharia court in Nigeria for allegedly blasphemy against the Arab religion’s Prophet Mohammed.

He was found guilty of the alleged offence in a song he circulated on WhatsApp, which supposedly blasphemed against the Arab religion’s founder.

The verdict was passed on Monday and Yahaya Aminu Sharif, 22, a resident of Kano city in the state capital Kano, will die by hanging.

The singer had gone into hiding after sharing the song, which praised an imam from the Tijaniya Muslim brotherhood to the point where it gave him higher status over the Arab religion’s Prophet Mohammed, the BBC reported.

Media reports said that it wasn’t immediately clear how the lyrics violated the local blasphemy law and Sharif may appeal the verdict.

Speaking to AFP, the spokesperson for the Kano region justice ministry, Baba-Jibo Ibrahim, said that Sharif had legal representation during the trial that went on for four months.

The trial was reportedly held behind closed doors for security reasons.

Their beliefs are considered dissident because of their different interpretation of some basic principles of the Arab religion.

Sharif is the second person to be handed a death sentence for blasphemy since several states in northern Nigeria reintroduced a stricter version of Sharia in early 2000s.

Many Blacks have had their limbs amputated under the Arab religion’s strict law.

A court spokesman said Shariff and his representatives had days to appeal the verdict. Journalists were strangely barred from talking to him.

Kano is one of the regions in the north where the Arab religion’s law runs parallel to the state and federal justice system of this African nation.

The prosecutor, Inspector Aminu Yargoje, described the verdict as fair, and said it would prevent future blasphemy against the Arab religion’s Prophet in the African state.

Analysts are astounded that Nigeria, a supposedlyAfrican secular country, has allowed Arab religious laws and sentiments to hold sway over civic laws and the fundamental human rights of Black people.