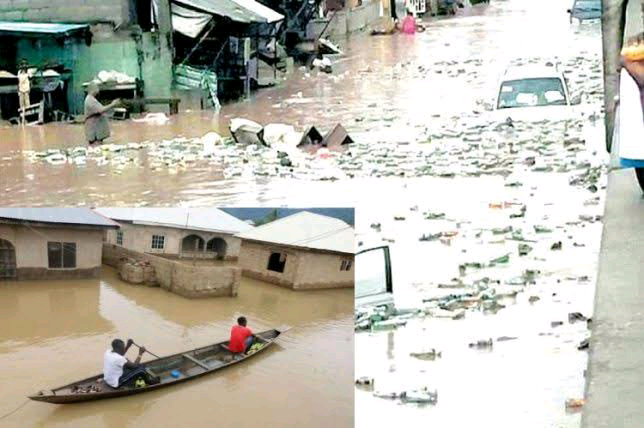 Nigeria: Over 300 Houses Engulfed By Flood In Taraba State

According to reports, over 40 persons were rescued as flood engulfed 300 buildings in several communities in Jalingo, the Taraba state capital.

Residents disclosed that the flooding commenced on Saturday morning, in the wake of a heavy downpour.

They also pointed fingers at the release of water from Labdo dam in Cameroon.

No life has been reported lost but residents watched helplessly as business centres, vehicles, worship centres and schools were submerged by the flood.

Some residents who spoke to Channels Television called for the government to assist in rebuilding their homes and provide relief materials to cushion the pain of their losses.

Meanwhile, Chairman of Jalingo local government, Nasiru Boboji, appealed to the Federal Government to collaborate with Cameroon, in order to intimate residents whenever the Labdo dam will be opened to avoid such casualties.