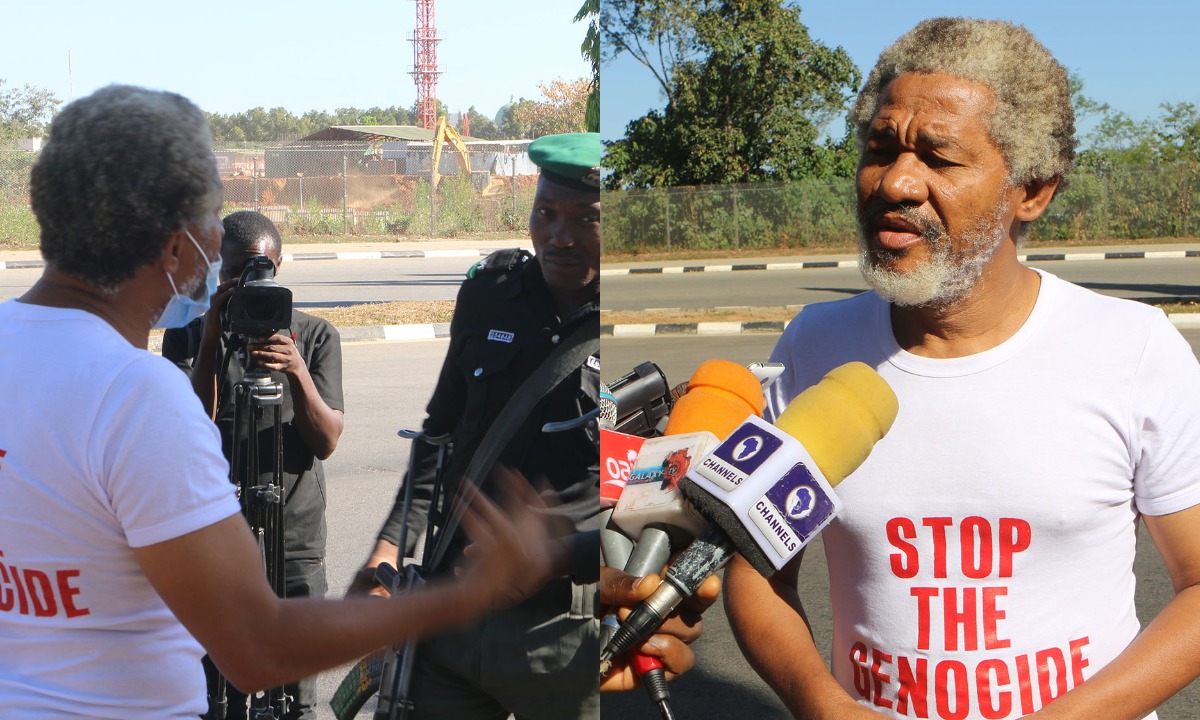 A Lagos State-based lawyer and activist, Malcolm Omirhobo, was arrested by the Department of State Services at the Presidential Villa gate in Abuja while embarking on a “one-man protest” against the killing of at least 43 farmers in Borno State.

The lawyer reportedly arrived at the scene by 9 am and wore a customized T-Shirt with the following inscription, “Stop The Genocide.” He was whisked away by the officers in a Gestapo manner, SaharaReporters report.

According to reports, Omirhobo had come to the villa gate to protest against the gruesome killing of the rice and fish farmers in Zabarmari community, but was stopped by the policemen attached to the gate near the Federal Secretariat while heading toward the Presidential Villa.

An argument ensued in the process as the lawyer insisted on seeing President Muhammadu Buhari in order to tell him to stop the carnage and the senseless killing of Nigerians in the country.

The police put a call to one of their superior officers, Hadejia, who appealed and pacified Omirhobo to write a formal letter if he wanted to have an audience with the President.

But trouble started when the armed DSS officials arrived at the scene, descended on the activist and harassed the journalists covering the scene.

Before he was arrested, Omirhobo told journalist he had come to the Presidential Villa to protest peacefully against the institutionalised and systemic genocide going on in Nigeria.

He said, “Coming on the heels of the slaughtering of 110 farmers in Borno State, I am here to tell the President that enough is enough. He should stop playing the ostrich because the government is backing all the evils perpetrated by these evil people killing innocent and harmless Nigerians.

“I am saying it categorically that the government is conniving, conspiring and assisting this crime against humanity, and that is why I am here to protest. I came here now, but the officers are saying that I cannot exercise my rights.”