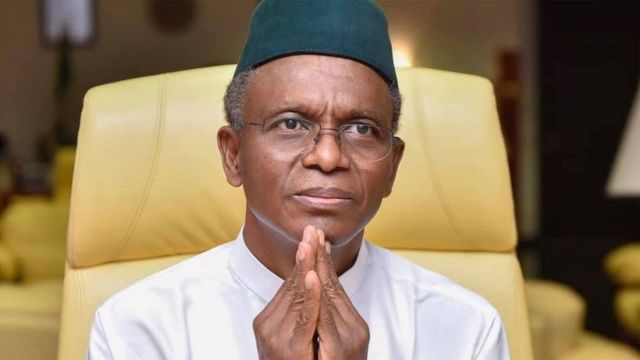 Mr El-Rufai, who is considered an ally of the incumbent president, made the remark at the second quarter 2021 meeting of the directors of state commands of the State Security Service (SSS) in the North-West, in Kaduna on Thursday.

Mr El-Rufai admitted that insecurity had worsened since Buhari assumed power in 2015 despite the federal government’s repeated claims to have crushed Boko Haram.

“That the criminal gangs have become more daring and dangerous since recovering from their near defeat in 2015 is obvious across the country,” Mr El-Rufai acknowledged.

Apart from the protracted violence in Southern Kaduna, Mr El-Rufai’s state has become a hotbed of banditry where criminals kidnap for ransom and violently attack communities, the Peoples Gazette reports.

“I know our state is not where it should be in terms of internal security,” the governor admitted.

Security reports by the state government showed that over 300 persons were killed and about 1,000 kidnapped people kidnapped between January and April 2021.

Mr El-Rufai lamented that Kaduna and other parts of the country did not get enough security cover from Buhari’s regime.

Meanwhile, El Rufai has been embroiled in several controversies indicting him as one of the sponsors of the Fulani bandits and killers, a group of people initially imported into the country to oust Ex-President Jonathan and help Buhari claim power.