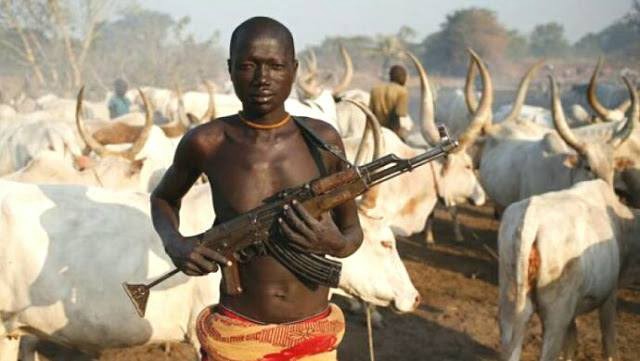 Nigeria: Invaded And Near ‘A Failed State’ – Christian South And Middle Belt Groups Agree With Financial Times Of London

The UK-based newspaper Financial Times has published an editorial describing Nigeria as “going backward economically and plagued with terrorism, illiteracy, poverty, banditry, and kidnapping” – risking a fall to the status of a failed state “if things don’t take a drastic turn”.

The influential Financial Times of London made reference to the spate of insecurity in the country, which they say shows that “the Nigerian government is no longer in control,” noting that Nigeria was at risk of becoming a failed state.

Citing the abduction and subsequent rescue of over 300 schoolboys in Kankara, Katsina State, the FT said it revived memories of the 276 Chibok schoolgirls abducted in Borno State in 2014, warning that Nigeria would become a problem far too big for the world to ignore if nothing is done to redress the country’s economic, security and population challenges.

According to the newspaper, while the government’s claim that no ransom was paid to the abductors of the schoolboys remains doubtful, other acts of criminality could not be overlooked – including but not limited to banditry, Fulani herdsmen crisis, kidnappings, etc.

The editorial read in part, “The government insists no ransom was paid. Scepticism is warranted. In a country going backwards economically, carjacking, kidnapping and banditry are among Nigeria’s rare growth industries. Just as the boys were going home, Nigerian pirates abducted six Ukrainian sailors off the coast.

“The definition of a failed state is one where the government is no longer in control. By this yardstick, Africa’s most populous country is teetering on the brink.”

The newspaper rubbished the claim being peddled by Buhari and the military chiefs that Boko Haram had been ‘technically defeated’, sounding the alarm that the threat of Boko Haram is ever-present.

The Financial Times stated: “President Muhammadu Buhari in 2015 pronounced Boko Haram technically defeated’. That has proved fanciful. Boko Haram has remained an ever-present threat. If the latest kidnapping turns out to be its work, it would mark the spread of the terrorist group from its north-eastern base.

“Even if the mass abduction was carried out by ‘ordinary’ bandits — as now looks possible — it underlines the fact of chronic criminality and violence. Deadly clashes between herders and settled farmers have spread to most parts of Nigeria. In the oil-rich, but impoverished, Delta region, extortion through the sabotage of pipelines is legendary.”

It said: “Extortion is a patent symbol for a state whose modus operandi is the extraction of oil revenue from central coffers to pay for bloated, ruinously inefficient political elite.

“The population, already above 200 million, is growing at a breakneck 3.2 per cent a year.

The economy has stalled since 2015 and real living standards are declining. This year, the economy will shrink 4 per cent after COVID-19 dealt a further blow to oil prices.

“In any case, as the world turns greener, the elite’s scramble for oil revenue will become a game of diminishing returns. The country desperately needs to put its finances, propped up by foreign borrowing, on a sounder footing.”

The newspaper also called for an urgent need for Nigeria to restructure its political system and concentrate on security, health, education, power and roads.

Meanwhile, Ohanaeze Ndigbo, Afenifere and Pan Niger Delta Forum, PANDEF, agreed with the publication, with Ohanaeze saying all indices of a failed state were currently manifesting in the country, while Afenifere added that Nigeria was in a mess.

PANDEF noted that there were problems all over the country, while insecurity has become unbearable.

Ohaneze Ndigbo, speaking through its Media Adviser to the President General Chief Nnia Nwodo, said: “Financial Times is a reputable magazine and before they write anything, they must have their facts. It is an incontrovertible reality that the nation is sinking fast.

“The wheel of governance is grinding to a halt and we are still chasing shadows. All indices of a failing state stare everybody in the face, a terribly insecure country, a bleeding economy, a bludgeoning corruption level, a convoluted political system where courts have become electoral umpires and a faceless Presidency.

“Whatever are we getting right in this country? Let us not continue to deceive ourselves. Until states or geopolitical zones are allowed to harness and develop their natural endowments for the good of all, until this country undergoes restructuring, it will continue to sink deeper and deeper into quicksand.”

A leader of the pan-Yoruba socio-political organization, Afenifere, Chief Ayo Adebanjo acceded to the Financial Times editorial adding that Nigeria is in a mess.

Adebanjo said: “All the perimeters are there, you don’t need a crystal ball to tell you that. Lai Mohammed and Femi Adesina can use any propaganda but we all know what is going on. Law and order has completely broken down in this country.

“Which day don’t you hear that somebody is killed in Nigeria? But all you hear from the Federal Government is that they are doing something. We are in a mess and nobody is in charge. We are in the hand of God.”

Also, Afenifere’s National Publicity Secretary, Yinka Odumakin said: “Financial Times is not making news as Nigeria has tottered on the brink of failure for a long time. There is total dearth of leadership to put the country back. All the ingredients of failure abide with us permanently.”

Deputy National Chairman, Pan Niger Delta Forum, PANDEF, Chief Thompson Okorotie, said: “There are problems all over the country and insecurity has reached a level that it has become unbearable… “The only way out for the country is restructuring otherwise the country will die.”

Meanwhile, the Arewa Consultative Forum, ACF, the umbrella boidy of the Hausa-Fulanis, disagreed with Financial Times, saying that: “Nigeria is not a failed state and can never be one by God’s grace.”

President Buhari reacted to Financial Times exposure of the frail security network in the country by saying that only God can effectively supervise the 1,400 kilometers border between Nigeria and Republic of Niger.

The Presidency reacted to the editorial via the Special Adviser on Media and Publicity to the President, Mr. Femi Adesina, by saying: “Who makes Financial Times a ruler and judge over us?”

Meanwhile, Nigeria Employers’ Consultative Association, NECA, the umbrella body for Organised Private Sector, OPS, and Voice of Business in Nigeria, has expressed concern over the state of the Nigerian economy, warning that the realities on ground are frightening.