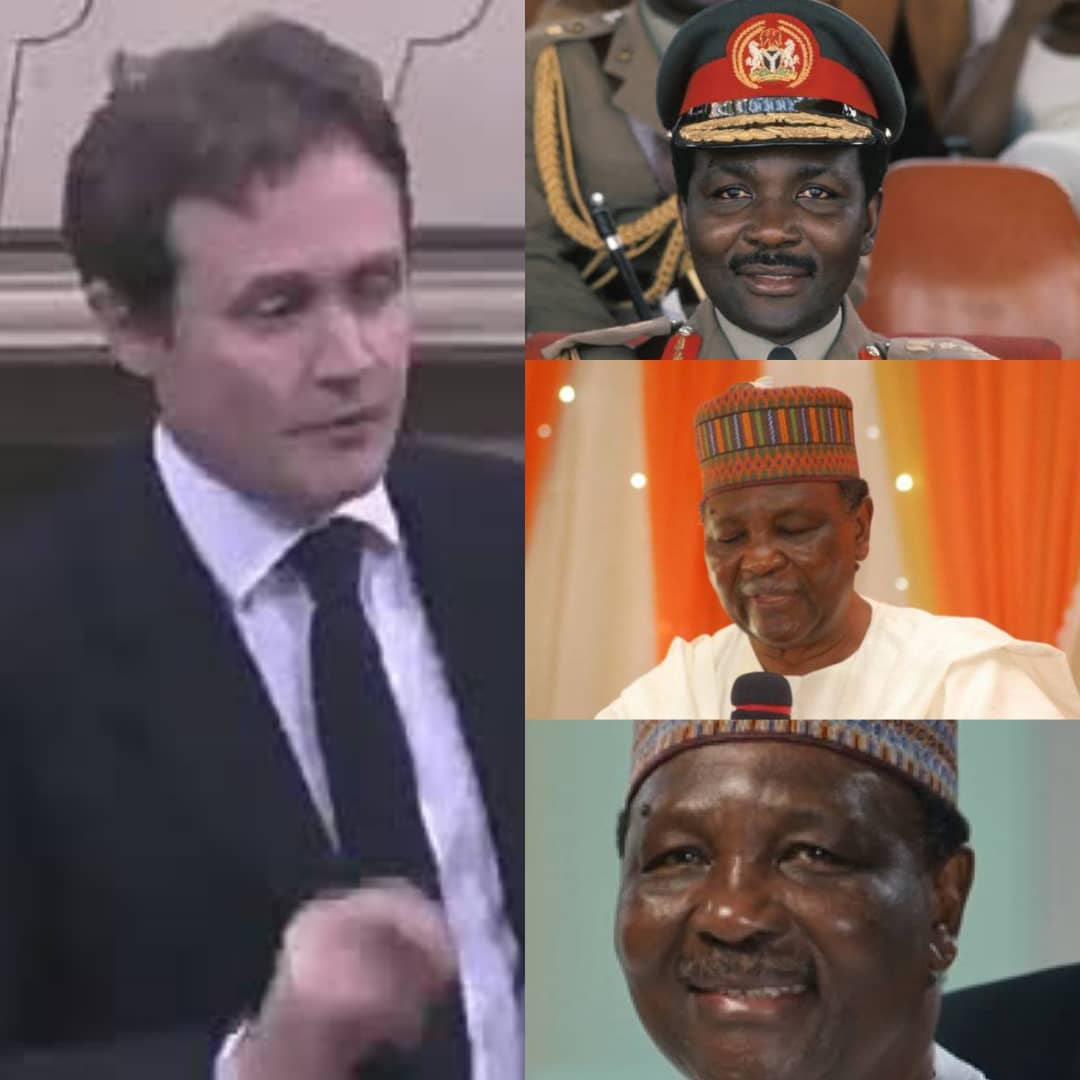 A member of the United Kingdom parliament, Tom Tugendhat, has accused former Military Head of State, General Yakubu Gowon (Rtd), of corruption while in office.

Gowon was Nigeria’s Head of State from 1966 to 1975 and oversaw the Biafra Genocide.

Cowry News gathered that the lawmaker made this remark while speaking at the parliament’s debate on the #EndSARS crisis on Monday. The lawmaker alleged that Gowon stole half of the money in the Central Bank of Nigeria, CBN, while he was leaving office and moved to London.

The MP further went on to expose the rot in the Nigerian Government, disclosing that some Nigerian politicians have stolen from the coffers of the government and moved to London to hide their loot. He called on the UK government to call out the corruption in Nigeria and use its power to stop the looting happening in Africa’s most populous country.

Tugendhat categorically asked the British Prime Minister, Boris Johnson, and the UK parliament to stop corrupt Nigerian politicians from profiting from the wealth of Nigeria and hiding it in England. He also urged the UK government to stop funding some Nigerian security agencies which he described as corrupt.

The lawmaker said: “One of the great countries is, sadly, being racked by violence, and violence against young people.

“The greatest book in the English Language is Things Fall Apart by Chinua Achebe, the great Nigerian writer. The beauty of that book is the way it explains the challenge of changing generations to live together.

“The way it speaks about values falling away and community being eroded by outside pressure. What we’re seeing in Nigeria today is part of that story.

“We need to call out the corruption, we need to use the powers that we have in this country to stop those profiting from the wealth of that great nation and hiding it here.

“Some people will remember when General Gowon left Nigeria with half the Central Bank and moved to London.

“We know that today, even now, in this great city of ours, there are, sadly, some people who have taken from the Nigerian people and hidden their ill-gotten gains here.

“We know that our banks, sadly, have been used for that profit and for that illegal transfer of assets.

“And that means the UK is in enormous unique position in being able to do
actually something to really exert pressure on those who have robbed the Nigerian people.”

Gowon is yet to reply to the allegation leveled against him by the UK lawmaker as at the time of filing this report.