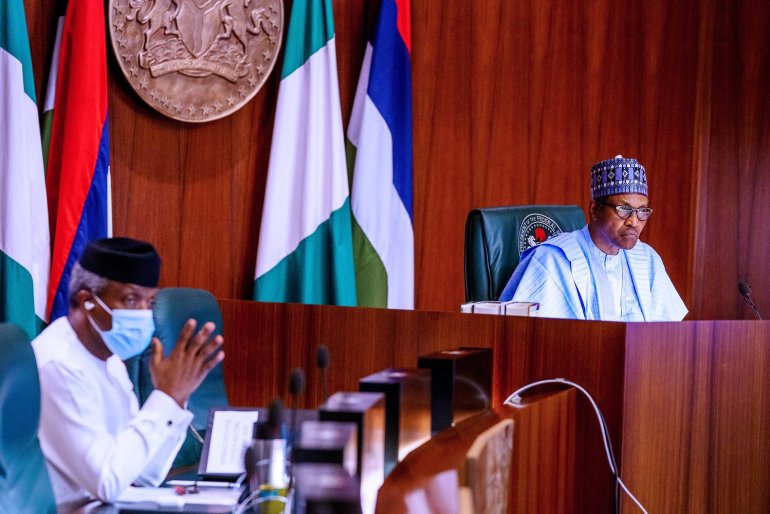 Nigeria: Despite Being Majority, Young Nigerians Excluded From Ministerial Positions

Mr Chikelu held the office between 2003 and 2005 before he was replaced by Mr Nweke, who formerly was the minister of intergovernmental affairs, special duties and youth development.

However, 18 years on, the ministerial makeup of the country still largely excludes the youth as young Nigerians continue to suffer marginalisation.

PREMIUM TIMESʼ review of the ages of Nigeria’s current 44 ministers shows that their average age is 61 years. The nation’s youth minister, Sunday Dare, is 54.

Nigeria has a median age of 18.4 years, according to demography tracker Statista, making it the 18th youngest population in the world.

Being one of the youngest populations in the world, half of Nigeria’s population is aged under 19. Yet, at 60.87 as of 2017, life expectancy in Nigeria is low compared to the 72.2 years global average.

With about 17 per cent of Nigerians aged about four years, they form the largest age group in the country. This is followed by children aged 5 to 9.

Although less than 1.5 per cent of Nigerians are aged 70 and above, five of Nigeria’s ministers are septuagenarians.

The youngest minister, Sadiya Farouq, 46, heads the humanitarian affairs ministry. She was the national treasurer of the defunct Congress for Progressive Change, a position she also held with the ruling All Progressives Congress (APC).

Overall, 17 of the nation’s ministers are within the age bracket of 60 to 69, an age group that about 3 per cent of Nigerians fall.

Twenty others are between the age of 50 and 59. About 5.1 per cent of Nigerians are aged within this range.

Youth participation at the seats where national decisions are made is non-negotiable as it creates an avenue for diversity and a touch of modern thinking in decision making, ​the executive director of Brain Builders Youth Development Initiative, a not-for-profit leadership organization, Abideen Olasupo, said.

To bolster the chances of this, his organisation launched the YVote Naija digital web platform targeted at increasing voters’ participation in the electoral process in Nigeria.

“The only thing we can do (as youths) is to come out again in our numbers and shatter the table, and rearrange the table in order to move national discourses forward,” he noted.

Relative to Europe and North America, Africa has the widest age gap between the average ages of its people and that of its leaders as found in “The Generation Chasm” report published by the Center for Global Development.

The report discovered that Africa has about 43.3 years between the ages of its leaders and voters. On the flipside, Europe and North America have about 16.2 years.

Despite 70 per cent of Africans being under 30, Africa’s ruling class is only represented in the oldest 3 per cent of the continent’s population, the report noted.

Nigerian young people have not been left out of this exclusion that has characterized African countries over the years.

This is so not because young people are not ready for positions of authority but because the current political structure is resistant to power sharing, Samson Itodo who leads civic organisation YIAGA Africa, said.

“It’s not because they (the youths) don’t have the capacity. It is because of structural hindrances,” Mr Itodo said. “The perception is that leadership is for the old, wise and the experienced.”

During the pre-colonial era, young Nigerians were at the forefront of the struggle to remove the colonists from power.

Their agitations would create a postcolonial atmosphere that had young military officers – like Yakubu Gowon, 31; Murtala Muhammed, 37; and Olusegun Obasanjo, 38 – taking over the power through a series of coups.

Arguably the height of active youth participation in governance was student activism which thrived at the time under the aegis of the National Union of Nigerian Students.

Nigerian institutions had student leaders like late Segun Okeowo who led processions against the military juntaʼs draconian policies like the famous nationwide “Ali must go protest” staged due to hike in fees.

But as the generation of these youth aged, the political space began to get tighter for young people to break in largely because those in power clung to it without proper succession plans and there was a dearth of ideological identity.

Mr Itodo described at as a “lack of intergenerational equity,” which has ensured that power is ceded to the lineage and cronies of those families already in power.

He opined that this explains why education is underfunded. With a less educated population comes a less informed people who could ask informed questions.

However, upon passage, President Buhari asked Nigerian youth to wait until 2023 before eyeing the presidency, an appeal shared by Vice President Yemi Osinbajo.

Mr Itodo, whose YIAGA Africa was at forefront of the bill’s passage, said the passage is a big leap forward, but “the cost of politics is (still) extremely high.”

By this, ultimately, young people with capacity may be schemed out on the equation of spending power.

Once labelled “lazy” by President Buhari and often seen as docile and “social media freak” with little national consciousness, Nigerian youth have often been thrown under the bus for lacking enough interest in national discourse.

But as true as that is for some, there are others like Iyinoluwa Aboyeji, 29, and Olugbenga Agboola, 35, who co-founded Flutterwave, a pan-African payments solutions business, and grew the business to a unicorn, recently earning $225 million and taking the value of the company to $1 billion.

Twenty-eight-year-old Hauwa Ojeifo has also been pulling the string of change through gender and disability rights advocacy by offering accessible mental health and psychosocial support to Nigerians. More like her abounds.

“There are young people who have generated funds some governors have never made for their states,” Mr Itodo said in reference to Flutterwaveʼs latest huge foreign investment inflow.

So the youth need to continue to “empower themselves; build their leadership capital; and demonstrate that we can bring value to the table, and if given the opportunity, we can fix governance.”

Meanwhile, the nation’s young people showed unprecedented national solidarity during a massive nationwide protest last year where they demanded an end to police brutality, and, by extension, improved quality of governance.

Mr Olasupo said the clamour needs to continue and young people needto continue to set the pace in their respective spaces home and abroad.

He called for a review of the leadership criteria in the country by picking “character, charisma and competence” above political compensation. He also said there was a need to introduce leadership in school’s curriculum.