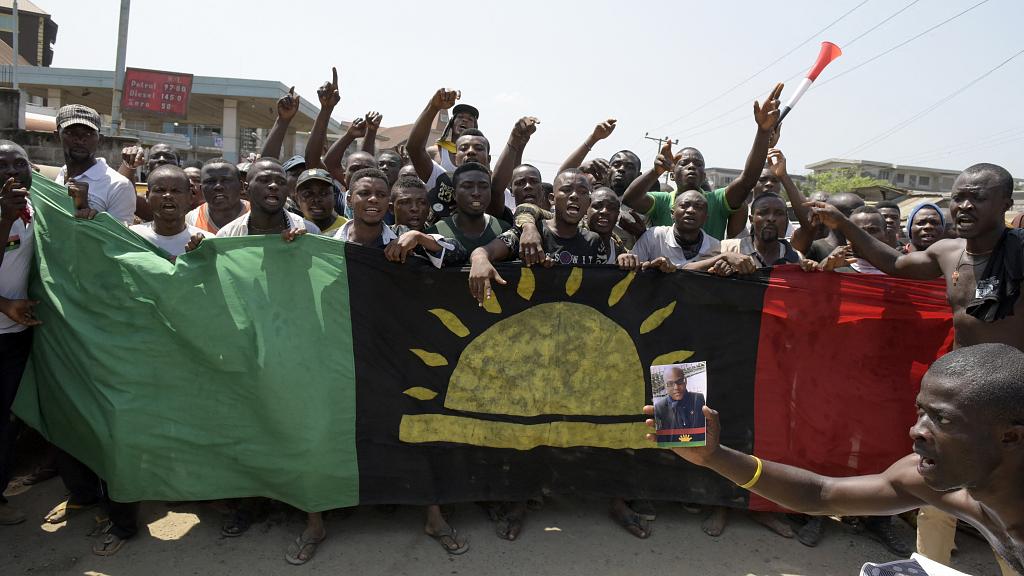 Tensions ran high on Sunday in southeastern Nigeria as the former separatist region commemorated the more than one million people who died in the Biafra war and famine of the late 1960s.

The Indigenous People of Biafra (IPOB), the leading separatist group, is remembering war victims over two days, with a candlelit march on Sunday evening and a strict order for people to remain indoors on Monday for their own safety.

“Every person in Biafra land is therefore advised to observe a sit-at-home order on Monday,” IPOB spokeswoman Emma Powerful said in a statement, noting that markets and shops should close.

“We strongly advise our people against flouting this order as anyone found outside one’s house that day may be the target of our enemies,” she said, alluding to federal security forces.

The streets of Owerri, the capital of Imo state, were already deserted on Sunday, as residents stayed indoors a day after the killing of two air force personnel by unidentified gunmen.

“Nobody is leaving their residence,” said local resident Ajibade Awofeso, saying that air force staff had blocked roads and were shooting sporadically in protest at the killing of their colleagues.

“The situation is serious here,” added Mayelope Opeyemi, another resident.

“We are living in fear and do not know what will come next.”

Gulak, an advisor to former Nigerian president Goodluck Jonathan, had been on his way to the airport when he was killed, police said in a statement.

The leader of IPOB Mazi Nnamdi Kanu tweeted a photo of a deserted road, calling it a ‘complete lockdown’.

The neighboring states of Anambra and Ebonyi were also on edge, with witnesses reporting that main thoroughfares were deserted apart from military vehicles.

Violence has flared in Nigeria’s southeast this year, claiming the lives of at least 127 police or members of the security services.

Some 20 police stations and election commission offices have been attacked, according to local media.

The IPOB denies that its armed wing, the Eastern Security Network, bears any responsibility for the attacks, which happen almost weekly.

In May 1967, ethnic Igbo generals from a rebel province declared independence for the “Republic of Biafra”, sparking a bloody civil war and a terrible famine.

Calls for independence have re-emerged since the former general Muhammadu Buhari, a Hausa from the north, became president of Nigeria in 2015.