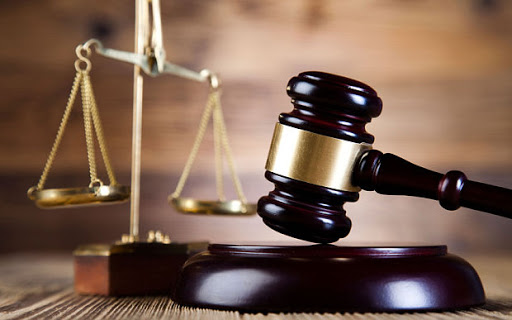 “As an inherited colonial institution, the armed forces in African countries dangerously alienates itself from African culture. As a result, viciously postures itself in a hostile fashion to the African humanity. A lethal weapon and tool for domination when hijacked by currupt Black leaders or acculturated African tribes with imperialistic tendencies”

Two army officers attached to the Two Brigade Headquarters of the Nigerian Army, Udo Udoma, Uyo have been ordered by the Akwa Ibom High Court in Itu Local Government Area of the state, to jointly pay One Million Naira fine to the Clan Head of Oku Iboku, Etebom Ubong Edet for infringing on his fundamental human rights.

Justice Ntong Ntong indicted the two soldiers, Captain Ibrahim and Brigadier T.A. Lagbaja for humiliating and torturing the Clan Head while interrogating him over the allegations that he had a hand in the disappearance of four boats in his area.

The judge noted that the two Army officers were overzealous during the course of discharging their lawful duties, stressing that the fundamental rights of every Nigerian must be upheld.

The Court described Akwa Ibom State Government as responsible and responsive, stressing that although the Army officers were engaged in the investigation of the missing boats, but the State government never asked them to maltreat the traditional ruler.

“The soldiers ought to have shown respect and dignity to the person of the applicant, not because he is a traditional ruler, but because he is a citizen of Nigeria, who is entitled to the respect of his fundamental rights as enshrined in Chapter Four of the 1999 Constitution,” the judge further noted.

The Chief of Army Staff was given 21 days by the court to write an apology letter to the said Clan Head.