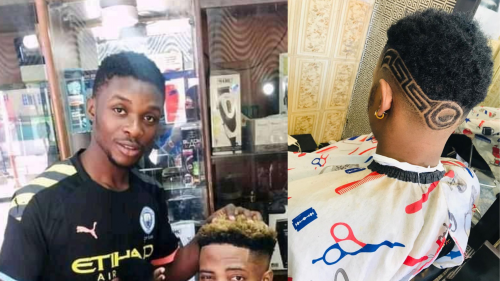 A young barber in northern Nigeria, Elijah Odeh, who was arrested by the Kano State Islamic Hisbah Corps for allegedly giving his customers haircuts which they claim offends the Islamic faith, has been released.

His release was confirmed by the senator representing Benue South Senatorial District in the National Assembly, Abba Moro, in a statement on Wednesday.

According to SaharaReporters, Odeh hails from Adum East, in the Obi Local Government Area of Benue State. He was first arrested on January 15, 2021, and rearrested on Wednesday, January 27 after two of his customers were caught with hairstyles deemed blasphemous to the Islamic religion.

Moro said the case was struck out on Wednesday by a magistrate at the Gyadi-Gyadi Magistrates’ Court, who had refused to grant him bail earlier.

The statement reads in part, “I’m pleased to announce the release of Elijah Odeh, a young barber from Obi LGA arrested and detained in Kano State over hairstyle he designed on two of his customers. The case was struck out today,” the statement reads.

In Nigeria, the Islamic northern region has the highest cases of illiteracy, terrorism, and banditry, however, with an overweening sense of religious extremism.

Boko Haram has ravaged the northeast, killing at least 36,000 and displacing over two million since its inception in 2009, according to the UN. In the northwest, banditry, kidnappings and farmer-herder crisis are on the rise, drastically reducing the impact of tourism.

Recently, the Fulani-led Nigerian government placed a ban on all forms of cryptocurrency, although Nigeria was the second highest-grossing market for crypto after the US.

Observers reckon ethnic politics, coupled with extremely religious and narrow-minded leaders has pegged back Nigeria from actualizing its full potentials as the giant of Africa.